The guys from Regular Car Reviews, or the guy, I’m not really sure, rose to fame in a rather short amount of time. That’s because the idea behind their videos was simple: let’s review normal cars, not just the hypercar league ones as Clarkson and other people do. They though about the people first of all, and the cars we can all afford, not just the ones millionaires want.
1 photo
Such is the narrator’s success that when his car broke down, the community got together and chipped in to help him get a new one is just a couple of hours. Now that says a lot about his popularity.

Just a couple of days ago he took on a BMW E38 7 Series and put the car through the usual stuff that goes on during one of his reviews. The one he had was a 740iL model.

While he might not be keen on the technical details of this car and he was more preoccupied with creating a psychological profile for the usual 7 Series driver, we think it’s only normal to tell you exactly what the 7er was capable of back then.

In 1998, BMW introduced new front and rear lights on the LCI model, DSC became standard alongside HPS or Head Protection System. Other notable features available as either standard or optionals introduced since 1994 on the 7 Series were high-pressure headlight washers, auto-leveling xenon HID headlamps, power moonroof, automatic climate control system with separate controls for the driver and passenger, a three-position memory system for the driver’s seat and safety-belts with adjustable height.

All of those don’t really matter in a Regular Car Review. Other things do, though and you should really check them out in the video below. 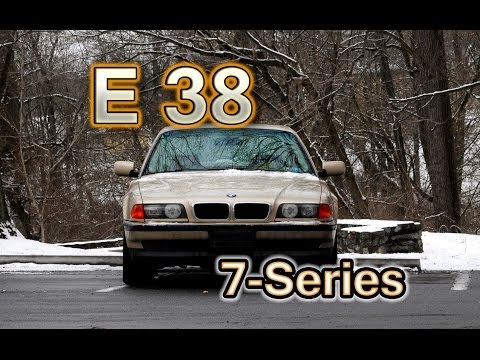