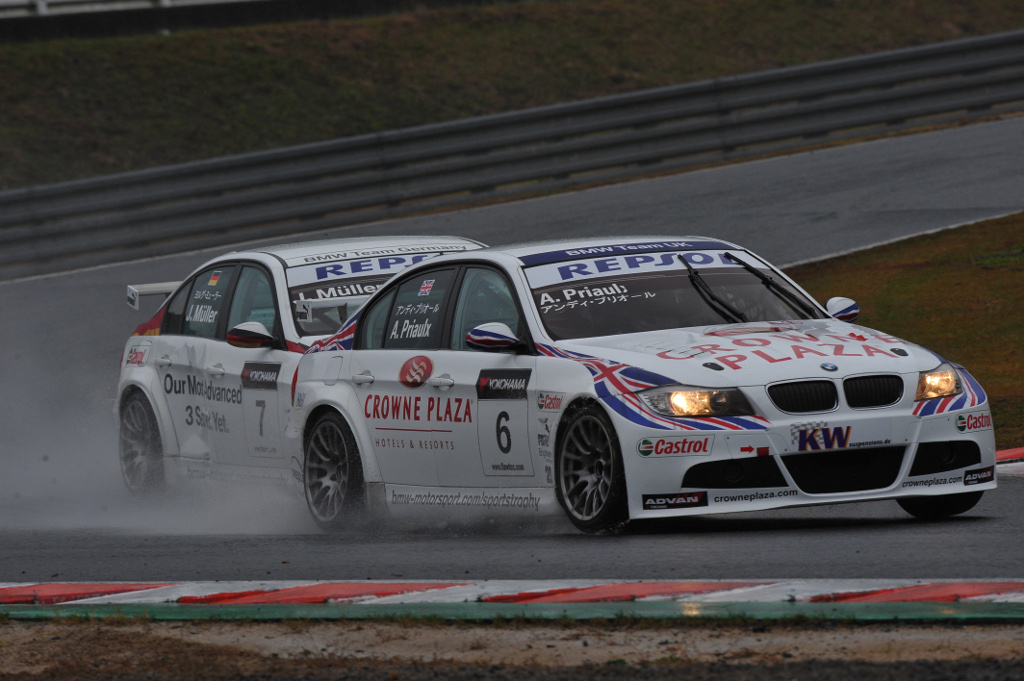 What has been only a rumor in recent weeks has now become certainty inside the FIA World Touring Car Championship. The pinnacle of touring racing on the European continent will benefit from the presence of only two factory-prepared BMWs during the 2010 championship - as compared to 5 last season - both fielded by the RBM team.

Andy Priaulx has been driving a works BMW for the aforementioned team in the WTCC for the last 5 years, and he will now be joined by Brazilian driver Augusto Farfus. The latter was in contention for the world title in 2009, but eventually came 3rd overall in the drivers’ classification.

As for Priaulx, the man needs no introduction, as the British driver is the only 3-time winner of the WTCC title, during consecutive seasons – 2005 thru 2007.

The reason for BMW’s poor representation in the WTCC next season is no news to anyone. Throughout the 2009 campaign, the German manufacturer has been quite vocal of the series’ unstable technical rulebook, and threatened the championship officials plenty of times with their potential quit from the series.

Consequently, the BMW’s Schnitzer team decided to look elsewhere for success, namely in the GT competitions – with their former driver Jorg Muller doing the same thing. In addition, the ROAL team decided to quit the competition after its leading driver Alex Zanardi announced his withdrawal from the series at the end of 2009.

As far as the other two important car manufacturers present in the series are concerned, Chevrolet already announced it will continue to field 3 cars in 2010, while two-time champions SEAT will allegedly reduce their 5-car programme for the upcoming campaign also.