BMW confirm Kubica and Heidfeld for 2009 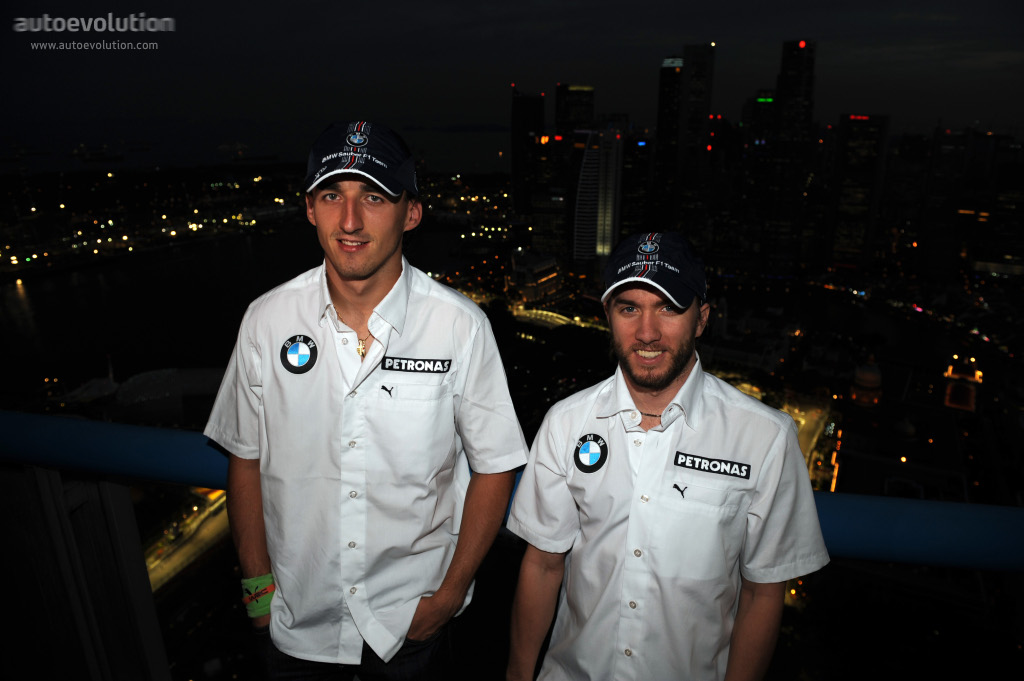 No more Fernando Alonso moving to BMW rumors! It's now official! Robert Kubica and Nick Heidfeld are confirmed by the Hinwil-based team for 2009. The announcement was made by BMW Motorsport Director Mario Theissen on Monday, with Christian Klien also continuing with the German manufacturer as a test and 3rd driver for the next season.

'We see Nick and Robert as a strong driver pairing and Christian as an experienced test driver. We are in no doubt that we will again achieve our ambitious aims with them in the team's fourth year', said Theissen.

Despite scoring no less than 4 podiums this season, Heidfeld was considered by many the weakest link in BMW's line-up and was expected to be replaced by a more experienced driver in 2009. Nevertheless, with the new rule changes for 2009 – including KERS technology and the returning of slick tires – BMW optioned for continuity in their development programme and decided to give this duo credit for a more-then-interesting upcoming season.

Much has been rumored about a possible signing of two-time world champion Fernando Alonso, considering the good relationship he's in with poker-friend Kubica. Nevertheless, with most of the F1 teams already in the middle of developing their 2009 car, Alonso would have probably been the last to start over from scratch for the second year in a row.

BMW's announcement comes only days after Williams-Toyota confirmed their own drivers' lineup for the next season – Nico Rosberg and Kazuki Nakajima – with Ferrari, McLaren and Red Bull also officially covered for 2009.

Robert Kubica is currently 3rd in the overall standings, trailing Ferrari's Felipe Massa and McLaren's Lewis Hamilton by 13 and 20 points respectively. Despite his mid-season point-crisis, Heidfeld is only one point behind world champion Kimi Raikkonen with 3 races to go in the championship. BMW Sauber are still in contention for an historic F1 Constructors' title, as the Germans are only 15 points behind championship leaders McLaren.