2 Chris Pfeiffer Explains How to Stoppie

3 Chris Pfeiffer Explains How to Wheelie 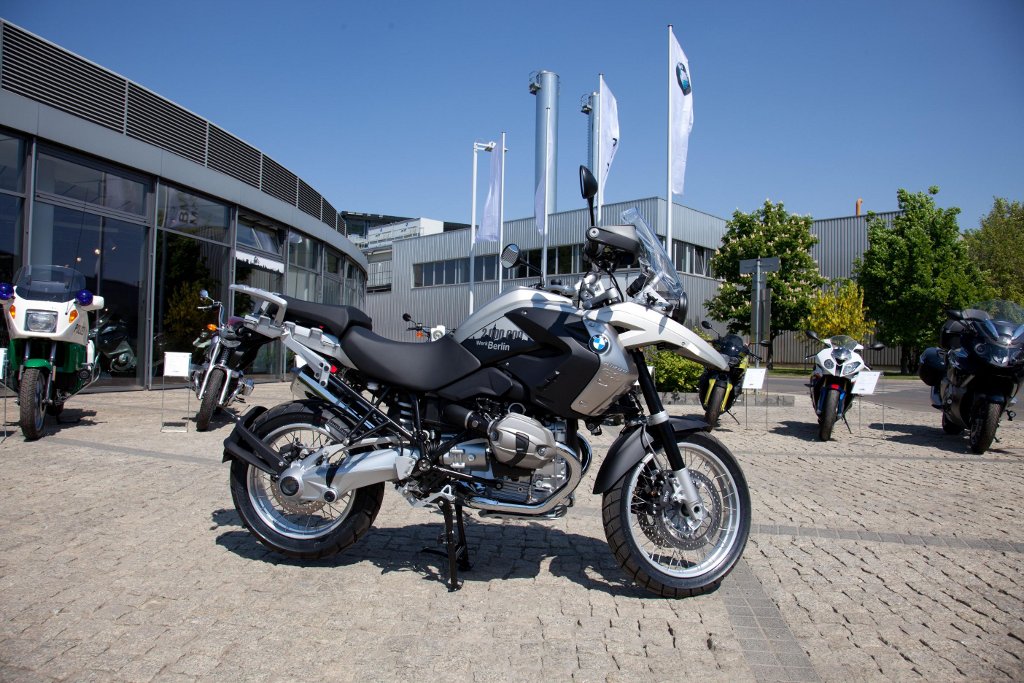 The two-wheeled arm of German manufacturer BMW has recently announced its two-millionth motorcycle has rolled off the assembly lines in Berlin Spandau. Naturally, the milestone was properly celebrated, with a special ceremony attended by Klaus Wowereit, Governing Mayor of Berlin, BMW Motorrad employees across the company, and others.

Streetbike freestyler and four-time World and European stunt champion Chris Pfeiffer was also on the list, working his magic to mark the occasion. The two millionth motorcycle in question is a one-off special-edition R 1200 GS that has been unveiled by Pfeiffer and then handed over be raffled off as part of the ‘be Berlin’ campaign to promote the city.

Pfeiffer got on his F 800 R stunt bike to perform a special show in front of the invited guests and members of the Berlin plant workforce. He finished his display with a burnout with his rear tire rubber spelling out ‘2,000,000’ on the tarmac.

“I’m really proud to present the two millionth BMW motorcycle here today. I have a really busy schedule but this kind of thing doesn’t happen every day so I really wanted to be here,” said an enthused Chris Pfeiffer.

“BMW motorcycles embody ‘sheer riding pleasure’ in its most direct form and these machines are ambassadors of the BMW brand – and at the same time ambassadors of Berlin – all over the world. BMW bikes are exported with ‘Berlin’s air in the tyres’ to 130 countries and the long-standing relationship between Berlin and the BMW Group looks set to continue for a long time,” stated Hendrik von Kuenheim, Head of BMW Motorrad.