1 How Formula One Engineering Changes the World 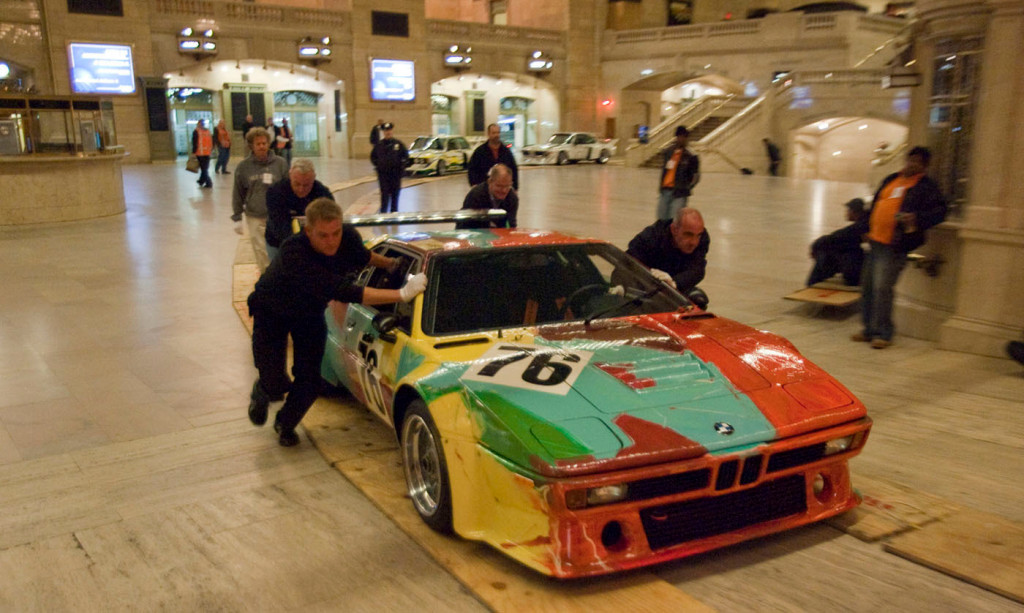 As we have already reported, BMW Art Cars made their first stop at the Los Angeles County Museum of Art (LACMA) and now their worldwide tour continues with another stop, in New York City, this time.

On March 25, 2009, New York's Grand Central Terminal with the help of German luxury car maker BMW will open a two-week public art installation made up of two sections: first is a collection of the four iconic BMW art cars which were designed by Andy Warhol, Frank Stella, Roy Lichtenstein and Robert Rauschenberg, while the second one is a a project by contemporary artist Robin Rhode.

"BMW is proud to bring the works of some of the world's most respected artists to New York City as part of a free public art installation," said Jack Pitney, Vice President of Marketing for BMW of North America. "It is an honor to know that these artists, and so many others, have garnered inspiration from, or expressed their thoughts and points of view through, our cars. Furthermore, to have Robin, Frank and Jake with us at the installation's preview makes this moment all the more special."

Together with the BMW art cars, visitors to the exhibition will have the chance to see rare, behind-the-scenes footage of the four cars. The videos show a young Warhol constructing his car, Frank Stella and Robert Rauschenberg discussing their inspirations and influences in creating their respective pieces, and various experts including Hervé Poulain, the race car driver and initiator of the Art Car Project, discussing the resulting impact of these works.

The second section of the exhibition is represented by Robin Rhode's football-field size painting which was created by the artist using the all-new 2009 BMW Z4 Roadster mounted with special paint dispensers behind its wheels.

"As an artist I am always keen to collaborate with other disciplines like dance, music and now film," said Rhode. "I'm a pure car enthusiast. But I also liked the idea of going through childlike actions to create a painting that is a way to engage with technology and design."