1 2022 Subaru WRX Design Is a Quasi-Failure, Here's How It Could Be Improved

3 Would You Buy a Tesla Model X with Classic SUV Lines? Here's a Quick Peek

I know, the BMW grille. We’ve heard plenty on the topic in recent months, years even, and most of us have kind of grown tired of the subject. But we can’t really stop, given how the Bavarians keep throwing weirder and weirder stuff at us.
132 photos

One of the latest cars to join the BMW lineup is the 2022 2 Series Active Tourer. Shown for the first time earlier this month, it’s promised as a vehicle meant to provide the same driving thrills we’re used to from a Bimmer, only in a more functional space. That translates into one very ugly car, not only because of its overall shape and lines, but also on account of the mismatched grille slapped on the front end.

Digital designers have started messing with those huge nostrils as soon as photos of the thing were released, and we’ve seen several interpretations already, some great, others less so. Most of them however went to the extremes, and exaggerated the proportions of the grille to either side of the spectrum.

The Sketch Monkey is one of those designers, and his take on the new 2 Series’ is bluntly expressed in the 17-minute video below. It’s a casual rant, if you like, about BMW's inconsistency when it comes to designing the front end of cars from different families, but the same model year, and about its newly-found pleasure of “just throwing stuff on the wall to see what sticks.”

It’s also an exercise of imagination to see how the car morphs when gifted with a grille taken from the M240i (consistency, remember?), a new stance provided by the enlarged wheels, and some changes to the shoulder lines that run the length of the car. The only bit of the 2 Series that stays the same is the rear, which in the designer’s view was drawn just right over in Germany. 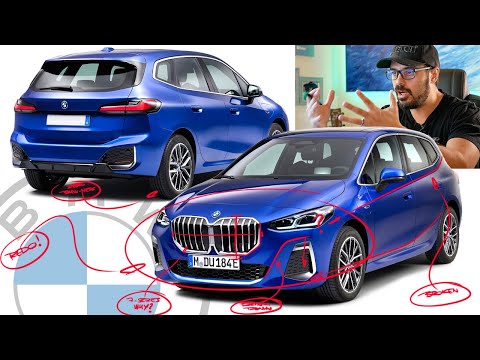