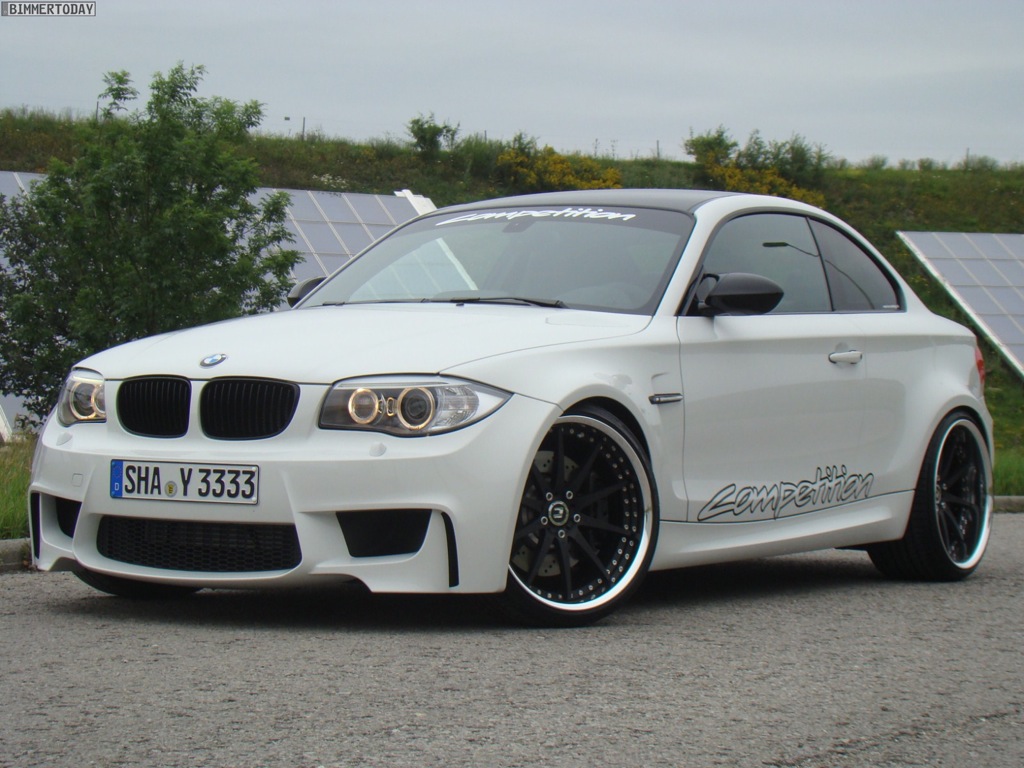 You’d think that the German gurus at BMW’s M division would have done a proper job with the new 1-Series M Coupe, but that hasn’t stopped some people from trying to improve on the car's design or performance. So is the case with the German tuning specialists at TVW Car Design, who have just presented their own take on the BMW 1-Series M Coupe to BimmerToday.

The baby M has thus received multiple modifications that target both its visual and mechanical aspects, with the end result visible in the adjacent images.

Exterior enhancements come in the form of a new BMW Performance carbon-fiber rear spoiler, black painted roof made out of carbon-fiber and blacked out 20 inch wheels shod with Continental Sport Contact 5P tires.

Moving on, inside the car the tuners at TVW Car Design considered it would be appropriate to fit some leather-covered bucket seats for drivers who like a sportier feel when behind the wheel. Moreover, the steering wheel with LED indicators, also from BMW Performance, is also comes with some orange contrast stitching.

Finally, the icing on the cake. The standard exhaust system has been replaced with a new one that brings a power increase if some 11 horsepower. In fact, as TVW brags, the total engine output is of 420 hp at 5,900 rpm, while the maximum torque is reached at 320 NM, between 1,500 and 4,500 rpm. As for the vehicle’s top speed, this is now rated at 187 mph (306 km/h). In addition to that, TVW also throws an adjustable KW coilover suspension on the table.

Pricing for the software upgrade, including hardware changes, is of EUR5,000.