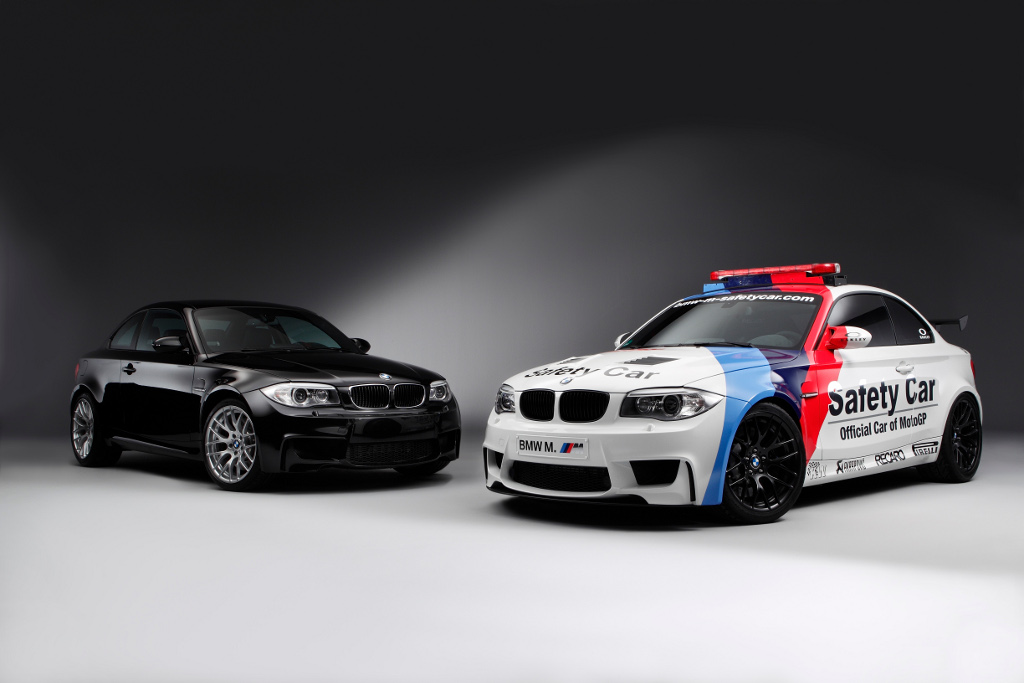 The perfect mix of high performance is to be seen this year again during the MotoGP season, as two of man's most powerful creations will meet on racing tracks across the world: motorcycles and the BMW 1 Series M Coupe.

Confirmed for a while now as the safety car of choice for the moto racing series, the 1 Series M Coupe is putting on the good clothes for those hot days of circling the tracks, chased by a horde of high-power motorcycles. And those new clothes can be admired in full glory in the gallery featured below.

To be able to cope with the requirements of a MotoGP safety car, the 1 Series M Coupe had to undergo some changes. And since this is the first time the model will take on this role, those changes are meant to impress.

The BMW Safety Car is a one-off built by BMW M which uses the same engine and drivetrain of the production version model: at the heart of the beast lies the 340 hp straight-six M TwinPower Turbo engine.

Otherwise, the Safety Car is like no other 1 Series M will ever see. It features a carbon fiber-reinforced bonnet with additional large air vents, as well as polycarbonate side and rear windows.

An adjustable rear wing is used to provide the needed downforce, enhanced in its turn by the honed front apron with Air Curtains, meant to act as an additional splitter integrated on the underside of the apron.

The BMW Safety Car runs on 19-inch mixed tires, 255/35 at the front and 285/30 at the rear. The vehicle height is variably selectable, as is the camber of the front and rear axle. The car brakes with the help of a six-piston fixed-caliper racing brake system.

The interior too screams racing thanks to the addition of a rollover cage behind the B-pillar, the extraction of the rear seats, the introduction of two racing bucket seats with 6-point safety belts, an M steering wheel in alcantara and a fire extinguisher.