1 Is This a Map of Earth’s Continents on the Surface of Mars, Or What?

4 Here’s a Colorful Potential Landing Place on Mars, And No, It’s Not Red

Blue and Purple Rocks Cluster Together on Mars, Colors Are a Trick

Although people generally refer to it as the Red Planet, Mars is not actually red. Sure, seen from afar, it may look a bit reddish, due to the oxidation of the iron present in surface layers, but its actual color is not that.
6 photos

It is rather butterscotch, with hints of golden, brown, tan, and some greenish stuff here and there, depending on what type of rock you’re looking at. But blue and purple Mars is not, despite what the main photo of this piece might have you believe.

You’re looking at an image captured by the HiRISE orbital camera back in January this year, from an altitude of 269 km (167 miles). It shows a little over 0.6 miles (1 km) of Martian surface, somewhere in the Eos Chasma region of the Valles Marineris canyon system.

Meant for geologists, the pic shows the side of a crater on the floor of the Chasma, exposing to the camera above quite the selection of rocks, nicely colored in blue and purple.

Before getting all excited at what possibilities the presence of such colors there could open, it’s worth saying these are only camera tricks, as the people looking at these Martian landscapes used enhanced colors to find out what they’re looking at.

In the HiRISE, near-infrared data appears as red, red is shown as green, and blue-green is shown as blue. This is done as a means for the terrain being studied to shed a bit more of its secrets.

Although a useful tool for the scientists studying the planet, such amalgamation of colors (the kind of which we’ve seen before here in our Mars coverage section) could be a bit confusing for the general public.

Luckily, NASA is here to advise us that “these are not the colors your eyes would see if you were there!” 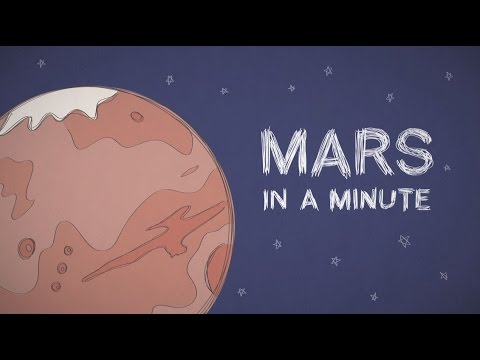