1 The Grow-It-Yourself Bike Helmet Grows as You Grow, Is Sustainable

2 This $20 Helmet Could Have Prevented 1,4 Million Fatalities in the Last 12 Years

4 Simon Cowell Broke His Back, Learned the Difference Between e-Bike and Electric Motorcycle

5 Mahle's Custom-Developed Apps Are All About Making e-Bikes Even Smarter Than They Are
Car video reviews:
Up Next

With an ever-growing presence of bicyclists on roads and some of their bicycles showcasing motorcycle-like specs, safety is a concern now more than ever. Terranet is one of the crews taking it upon them to raise the bar on traffic safety.

Folks, Terranet is a team out of Lund, Sweden, with the goal of raising traffic safety for all. They're most notably known for the VoxelFlow system, which incorporates two sensor cameras and a laser scanner to your vehicle to continuously scan and report on the area around your vehicle. Simply put, a sort of LiDAR or Advanced Driver-Assistance System (ADAS). But, unlike standard ADAS, the reaction distance for this system, if traveling at 70 kph (43.5 mph), is 6 centimeters (2.36 inches). This can be compared to a 300-millisecond reactivity of traditional ADAS, according to Terranet.

Now take what you read above and adapt the system to equip it to a bicycle, in particular, e-bikes. Folks, what you'll be getting to know today is the BlincBike, a system that's in line with Terranet's mission of making the world a safer place for vehicles of all kinds.

According to the fresh press release from this team, the BlincBike is a system that's designed for e-bikes. After all, some e-bikes hitting the market boast very capable stats, able to keep up with and even overtake inner-city traffic.

What BlincBike is and how it works is what the remainder of this article is all about, so if you own an e-bike, do pay special attention, as this system may very well save your life.

According to details outlined by Terranet, 70% of fatal bicycle accidents happen in urban areas, and 30% of bicycle crashes are caused by cars. So yes, something needs to be done. That something seems to be the BlincBike's specialty.

Overall, the system is completed by two easily attachable and detachable components comprising of a rearview display and a camera. While the display does what a display does best, the rearview camera is the most crucial piece in this puzzle. Then there's the A.I. behind everything too, but that's a whole 'nother ball game.

So far, we know that the camera is to be mounted underneath the bike seat and can offer a "full capture" rearview angle, 180 degrees if I'm not mistaken. Now that we have a solid field of vision, what does BlincBike do with it?

Through AI-based computer vision, machine learning, and deep neural networks, BlincBike can detect objects in the rearview, track them, classify them, and ultimately predict the intention of the objects. If needed, an alert is sent to the display as to what's going on in that world you can't always see.

BlincBike can detect near objects that present a threat and objects that don't pose a threat; the tracking function. Next, it's able to identify and warn you if the vehicle behind decides to engage in overtaking maneuvers and even warns you if you, yourself, begin turning and the vehicle behind you continues straight, a situation often encountered.

While all of this is a benefit for both cyclists and motorists alike, an added bonus for Terranet is that they seem to be hitting a rather untapped market, in the process, reaping the rewards. That's until another team hits the market with a similar, if not better, product. After all, competition is bound to come up.

Right now, pricing for this system hasn't been announced, nor do we know when we'll be able to start buying this trinket. But, when the time comes, make sure you still wear a helmet. 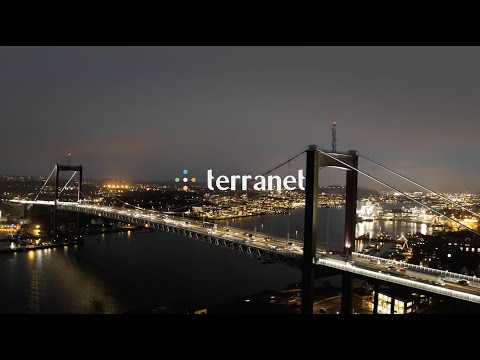 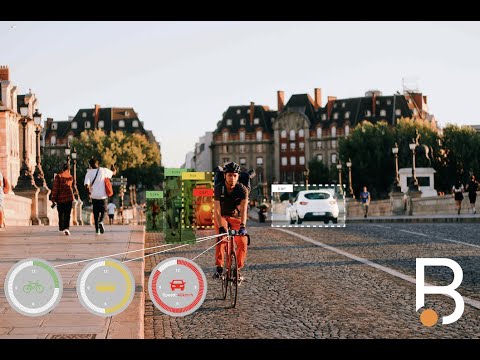