4 Wing Breakers Is the Most Ridiculous Air Combat Racing Game

5 Take to the Skies With This Aero L-39ZO Trainer Jet, It's Cheaper Than You Think
Car video reviews:
Up Next

Generally speaking, whatever machines we humans design to transport ourselves from place to place are pretty… pretty to look at. On the other hand, when it comes to cargo and freight transporters, looks are not exactly at the top of the list of priorities for the designers and engineers putting them together. Unless your name is Natilus.

The word probably doesn’t ring any bells, given how probably most of you coming here to autevolution are not in need of such services, but if the company manages to make these things a reality, it'll probably be as famous as FedEx.

Natilus (like Jules Verne’s submarine, or the Lincoln SUV, only misspelled, and with wings) is a blended wing body (BWB) machine, meaning an aircraft that shows no clear distinction between its main body and the wings. Unlike flying wing aircraft though, or lifting bodies, when it comes to BWBs both fuselage and wings are there, only nicely hidden into one another.

Although this design comes with its share of disadvantages for passenger use (like, say horrible evacuation times during an emergency), it does come with a lot more advantages over conventional aircraft when it comes to cargo transport. And that’s exactly what Natilus is trying to exploit with plans to make not just one, but an entire family of remotely piloted UAVs shaped like this.

The family starts with the 3.8T, a drone meant for medium-distance delivery of goods. This one, already on the list of aircraft to be deployed in the fleets of the likes of Volatus Aerospace, Astral Aviation, or Aurora International, is supposed to carry 43 metric tons of cargo for distances of up to 1,035 miles (1,666 km), and at speeds of 253 mph (407 mph).

The above numbers are not extraordinary in themselves, but Natilus adds some ingredients to the recipe that should make these planes, once they’re ready (the 3.8T twin-engine turboprop is scheduled for deployment in 2025), the ones to beat in this competitive market.

First, thanks to the aerodynamic profile of these beasts, the level of CO2 emissions should be half those of a generic cargo transport plane of the same class. Then, thanks to the way in which they were designed, they should be capable of carrying 60 percent more cargo volume.

Despite being a very advanced and weirdly shaped aircraft, the Natilus will not need specialized infrastructure to operate from, being capable of taking off and landing from and on existing airports, and it will also use standard air cargo containers - although, alternatively, the company’s own proprietary shipping containers and diamond loading pattern can be used, and this is when you get that 60 percent more volume.

And all of the above should make shipping from Asia to the U.S., for instance, about half as expensive as with traditional planes, despite taking the same amount of time to cross the Pacific.

According to Natilus, a single operator will be capable of operating three such UAVs at a time from a ground control station, using cloud-based integration. Comms between the ground and the planes is backed by a dual redundant satellite system, and there’s also a dual redundant autopilot to handle the planes.

As said, the first Natilus should be in the air in 2025, but it'll probably be a long time before they become a common sight in our skies. 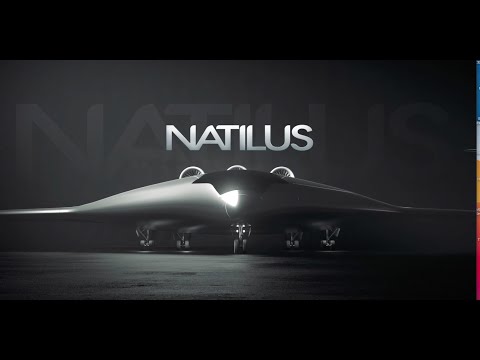