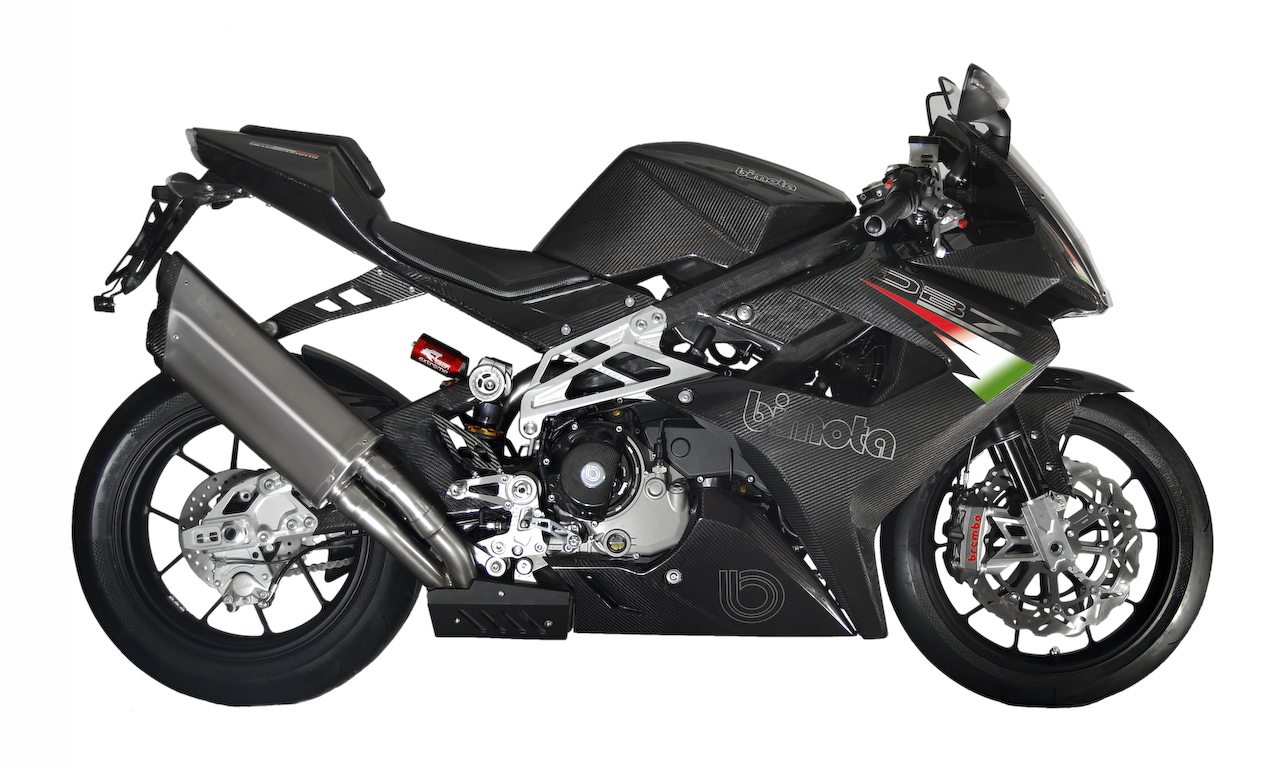 Bimota created a motorcycle almost completely out of carbon fiber and they are not afraid to show us the stats. The DB7 Oronero has subframes and the hub-center steering-equipped Tesi 3D from the well known material. The lunacy doesn't stop here because both its frame and swingarm are made from carbon.

This is the first time a production motorcycle is using carbon fiber at this extent in its body according to "Hell for leather". The new chassis is 6 kg lighter than the old one and with the added help of titanium spring on the Extreme Tech shock the end result is quite good. A power to weight ratio of 1:1 means that each horsepower that the engine chucks out propels 1 kg of the bike's weight. In this case, the bike weighs 164 kg and its engine produces the same amount of power.

Apart from the engine and the material used, Bimota made the bike rich in gadgets. One of the most cleverest is the GET digital instruments which use GPS to determine whether the bike is on the road or the racetrack. Furthermore, if the bike happens to be on the racetrack, the system tunes the bike accordingly, modifying the suspension to suit the circuit.

The Oronero is expected to be a limited edition model and there is no word on pricing.