5 Tesla Full Self Driving Requires You To Accept Being Recorded on Video During Use
Car video reviews:
Up Next

Billionaire Is Running for Senate on an Anti-Tesla, Anti-FSD Campaign: Unsafe at Any Speed

Tesla and, by extension, its CEO Elon Musk, are equally popular and controversial. The electric automaker is at the forefront of the electric revolution, but is often accused of making progress by leaps and bounds, sometimes with unpardonable compromises. Musk, of course, is responsible for this.
16 photos

As controversial as both Tesla and Musk are, there is no denying the impact of both. And both have passionate defenders, who happen to outnumber and silence critics. This self-professed billionaire wants to be the exception: a critic, a “hater,” a truth-teller who is willing to risk it all to shut Tesla down. A billionaire, too, which comes in handy.

That person is David O’Dowd and he’s running for Senate in California on an anti-Tesla campaign. Out of all the things to pick a fight with and turn it into a running platform, O’Dowd is choosing Tesla. The idea sounds ridiculous, but O’Dowd tells Politico that he’s dead serious: his campaign is a one-issue one, and will hopefully see Teslas – and FSD (Full Self-Driving suite from Tesla) – banned nationwide.

If the O’Dowd name rings a bell, it’s because it’s been in the headlines before. Earlier this year, O’Dowd took a full ad on the first page of the Sunday Times to shill for something called the Dawn Project. Dawn Project aimed “to bring Software from the Dark of Night to the Light of Day,” because O’Dowd believes all computers are hackable and all the more dangerous if they’re in cars.

Just in case you’re wondering what the catch might be, why yes, O’Dowd is the founder and CEO of a software company, Green Hills. He claims they make the only software in the world that hackers can’t break into, though Musk would rather describe the product as “trash.”

Back to the campaign, O’Dowd is making his Tesla beef political. Asked whether he’s not trying to shield himself under the first amendment for his Tesla attacks by pretending to run for Senate, he insists the run is real. This isn’t about profit and isn’t about bringing Tesla down so he could have higher revenue; this is about keeping pedestrians and drivers safe. Which they are obviously not when a Tesla runs on FSD, as he shows in his first $2 million ad called “Unsafe at Any Speed.”

O’Dowd tells Politico that FSD is bad and fails all the time, therefore it is his duty as an American to get it off the road. “This isn’t about competition, it’s about keeping our families and our communities safe from defective software that simply doesn’t work,” he says. He is funding the campaign out of his pocket. 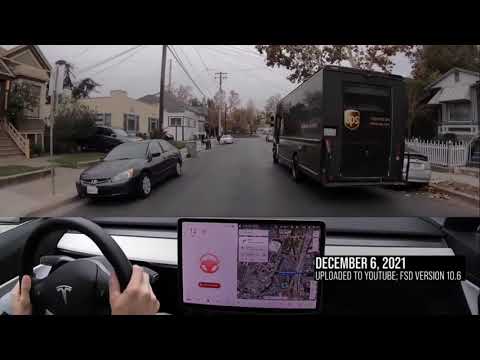 When @elonmusk is wrong he always resorts to insults, remember the pedo guy? FSD is the worst trash software ever shipped by a respectable company. Green Hills Software is the operating system for B1-B nuclear bombers, F-35 fighter jets and Boeing 787s: https://t.co/QVSlI7mD5D