1 Cristiano Ronaldo Turns 37, Gets a Cadillac Escalade as Birthday Present

Billie Joe Armstrong’s Impeccable 1962 Chevy II Nova Was Stolen, and He Wants It Back

Car theft has long become a common occurrence of everyday life, especially in the city, but that doesn’t make it any less painful for the victim. Celebrities are no exception.
6 photos

Billie Joe Armstrong, the frontman of the iconic rock band Green Day, is one such celebrity. One of his cars has been stolen out of a “commercial business” in Costa Mesa, California, and he’s appealing to his legions of fans in the area for help in tracking it down. In fact, he is so desperate to get the car back that he’s even appealing online to the thieves themselves.

Between Friday night and Saturday morning last weekend, thieves broke into the place and left with a considerable haul. It included Armstrong’s 1962 white Chevrolet II Nova, two electric guitars, and one amp, the Costa Mesa Police says in a statement. They’re asking for tips from the public, as well.

“This car is near and dear to all our hearts and has been in the GD family for over 30 years,” Armstrong says in a post on his social media. In a later update, which you will also find at the bottom of the page, he says that the car is in impeccable condition because it’s been restored. He’s had it since 1993 when it was passed to him by a friend, who’d gotten it from Armstrong’s brother. The car has been within his circle of friends and family for much longer.

The engine on it is not a matching number, though everything else is mostly original, the rocker says. The Nova has had several engine changes, and he even crashed it once, he explains. This is a car with history, and he wants it back, so he’s asking the fans for help by tipping the police if they spot it around California. Since he doesn’t want anyone going to jail, he even suggests to the thieves they could simply “drop it off” somewhere because all he wants is the car to be returned to him.

Should the thieves get caught, Armstrong promises he will bail them out. Assuming, of course, the Nova is in the same condition as it was when they took it. 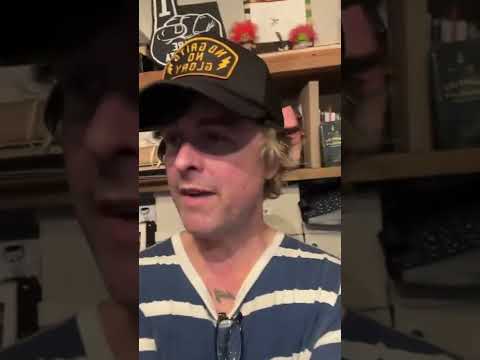