3 The CLR Kayak Folds Down to a Backpack, Is Incredibly Light

5 The SmartSaddle Reinvents the Bike Saddle Because No One Likes a Sore Butt
Car video reviews:
Up Next

The spring and summer of 2020 have been great for bicycles, whether of the traditional sort or motor-assisted. However, now that fall is about to set in, many riders are probably thinking of retiring their two-wheelers on account of the wetter conditions.

To be sure, only the most passionate riders can say they’re all-season riders. This is often considered one of the downsides of owning a bike over a car: as soon as the weather takes a turn, the bike goes into hibernation.

It doesn’t necessarily have to be this way. While some startups are working on developing fully-enclosed bicycles that offer protection from the elements, Smart Mobility Solutions from Italy has been working on an umbrella for your bicycle. Well, it’s actually a windshield with a front section of a roof, but it deploys exactly like an umbrella whenever it starts raining.

The idea is simple: if you’re a pedestrian and it starts to rain, you open your umbrella for protection and continue on your way. You obviously can’t – or shouldn’t – ride while holding an actual umbrella, so here’s where the BikerTop comes in.

BikerTop has been in development since 2016 and is currently crowdfunding on IndieGoGo, after the ongoing health crisis put a damper (pun intended) on the designers’ plan to launch the product to market in early 2020. Hence, the need to reach out to potential clients for some financial backing. It’s already been presented at the EUROBIKE trade fair in Germany and the Maker-Fair in Rome, and feedback has been good.

When not in use, BikerTop presents itself like a compact bag that attaches to the front of the bike, on the handlebars. You can even lock it in place, to warn off thieves when you park your bicycle. If you’re caught in a downpour, all you have to do is open the bag and fold out the two aluminum vertical support arms, which extend telescopically along with a flexible rain shield.

The shield comes with an incorporated polyurethane “screen” and is made of waterproof nylon, with side mesh “wings” and reflective glass beads for better visibility at night. The shield offers protection in the front and immediately above, but based on the video available at the bottom of the page, you should probably not expect to get to your destination completely dry. Much like with an umbrella, for that matter.

The BikerTop looks chunky but it’s actually lightweight and durable, the designers say in the product’s description. It weighs 3 kg (6.6 pounds) and won’t interfere with your riding style – neither in terms of speed nor or turning ability. It’s been tested in high winds and in city traffic, and has returned solid results, the same makers promise.

Moreover, the top will still enable you to hit 35 kph (22 mph) on your bike without a problem. As for visibility, you shouldn’t worry about the lack of wipers on the polyurethane screen: most scooters don’t have wipers either, the makers say. Videos shot during rainy tests reveal that visibility remains good, as water tends to immediately trickle off the screen. At the very best, it’s an improvement over riding in the rain with a hood over your head and your glasses covered in water spots.

Another plus about the BikerTop highlighted by the makers is that the bag can hold some of your smaller possessions for safe storage even when you’re using the top. There’s a special compartment you can use for your phone, a water bottle or anything else of similar size but no heavier than 4 kg (8.8 pounds), and it will be protected from the water.

In other words, this bike “umbrella” will add between 3 kg and 7 kg (6.6 pounds and 15.4 pounds) to your bike and this is the compromise you have to make for not getting soaked in the rain. The makers swear that you won’t even feel it when riding, in the sense that a half-tent-like structure perched on your handlebars won’t slow you down or make you topple over at turns. But that’s not to say you won’t feel it at all. 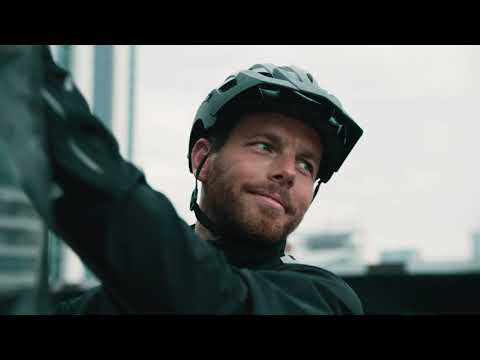