1 Construction Resumes on Seized $600 Million Megayacht Dilbar, but No One Knows What For

2 All Russian Aircraft Manufacturers Officially Sanctioned by the U.S.

3 Sanctioned Megayacht Solaris Is Heading to the U.S., or Actively Trolling

4 Why Are U.S. Authorities Going After the Beautiful 151-Foot Shellest Superyacht?

5 The Hunt for “Putin’s Most Photographed Yacht” Officially Begins
Car video reviews:
Up Next

Biker Gang The Night Wolves, aka Putin’s Angels, Is Hit by Sanctions

The Night Wolves, Russia’s biggest motorcycle club and, according to reports, President Putin’s personal militia, have been included in the last round of sanctions in the European Union. In addition to the MC, the sanctions include founder Alexander “The Surgeon” Zaldostanov and three other leading figures.
6 photos

The Night Wolves are Russia’s biggest motorcycle club, with over 5,000 members and 45 chapters in the country and in the European Union. Due to the club’s close ties to President Vladimir Putin and its ultra-nationalist ideology, the European Union has decided to include it on the list of sanctions, including its four leading figures.

Among them is founder Alexander “The Surgeon” Zaldostanov, who unsurprisingly described the action as having “no meaning,” as per Fortune. The other is Josef Hambálek, the leader of the group’s European chapter.

Zaldostanov founded the club in 1989, after a very successful career as a facial reconstruction surgeon, and has displayed pro-Putin sentiments from the very start. Along the years, he developed a friendship with the Russian President, who rode with him and The Night Wolves on several occasions. The motorcycle club is also known as Putin’s Angels, though Zaldostanov is not a fan of the Hells Angeles comparison, since The Night Wolves are not into drugs and carry out their “work” in the name of God and the motherland.

The European Commission has described the club as a “nationalist motorcycle club,” singling out Zaldostanov for “actively supporting Russian state propaganda” outside the country. By including the MC and its leaders on the sanctions list, the Commission hopes to curb its influence outside of Russian borders.

This is not the first time that The Night Wolves are sanctioned, either by the EU or the U.S. Like on previous occasions, Zaldostanov is showing no concern for the action, saying that if they can’t ride out to their brothers, then the brothers will ride to Russia instead. 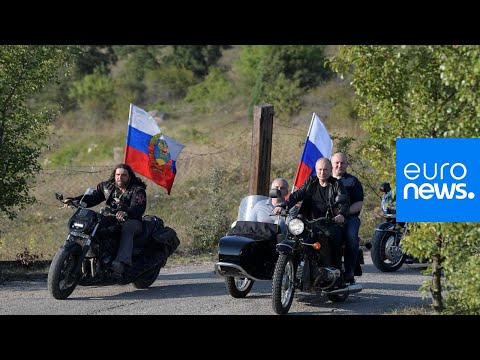