1 Lexus IS, the Most Vandalized Car in the UK

2 Rolls-Royce Teams Up With Bijan 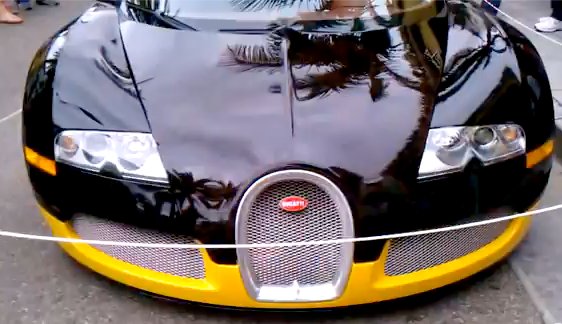 Few are those who are not familiarized with Bijan Pakzad, the famous Iranian designer who died at the age of 67 in April this year. And if you happen to be a fan of the “Friends” TV series, Bijan sure rings a bell (remember the "Bijan for men?" replica)

But automotive enthusiasts might have heard of Bijan thanks to the fact that he was the owner of an impressive collection of cars including a Bugatti Veyron, which is currently parked in front of the store in Beverly Hills.

After Bijan’s death four months ago, the Veyron remained parked in front of his store on Rodeo Drive in Beverly Hills, to allow pedestrians to admire it.

According to TMZ, one of the bypassers not only admired the supercar, but decided to leave memento on it. The car is parked in the same place the owner left it before he died, only that it now has a broken window on the passenger side. Moreover, the aforementioned source claims it all happened right in the middle of the afternoon.

However, details of the incident that occurred a few nights ago are still limited. As usual, the police refused to provide clear details about the suspect, but suggested that most likely a local transient is guilty of damaging the Veyron.