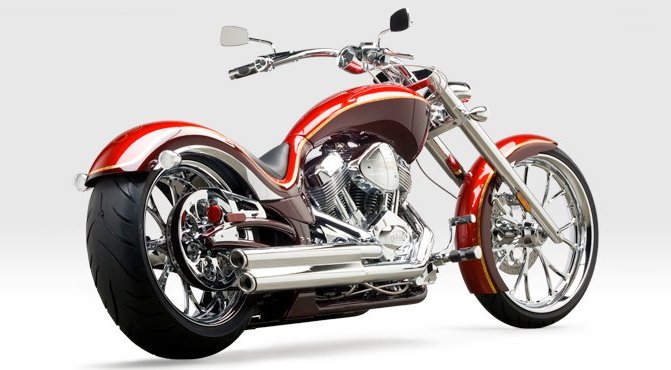 Motorcycle manufacturers keep on struggling with the declining sales and the hard economic times, announcing more layoffs, salaries and production cuts. This time, one of the largest manufacturer of custom motorcycles, Big Dog Motorcycles, announced that it will cease production.

“To maximize efficiencies and reduce costs, Big Dog Motorcycles began a temporary production furlough on August 17, totaling seven weeks from today until the end of the year,” Paul Hansen, Big Dog's marketing director, in a statement for the press.

According to Big Dog, the production furlough is carried out over 7 weeks as follows:


The American company started production in 1994 and has since built nearly 25,000 motorcycles. Big Dog produced a single motorcycle in its first year affectionately known as "Old Smokey, and now features seven models in its line-up.

“The seven weeks are not taken consecutively and include an immediate four weeks combined with extended holiday leave. This is a result of the company adjusting production levels from now through the rest of 2009 and preparing for the model-year changeover. No layoffs were announced and all employees affected by the furlough are eligible for unemployment benefits.”

The company, however, announced that all their staff have received a temporary 20 percent reduction in pay. All these measures aim to control costs until spring and summer 2010, when Big Dog expects to begin recovering from the recession. Beginning January 4, 2010, production will resume full time.

“While the recent announcement was difficult to make and is never easy, it was a painful, necessary step as we work through the economic downturn and position ourselves to be the leader in our niche and a major force in the industry for years to come,” concluded the statement.