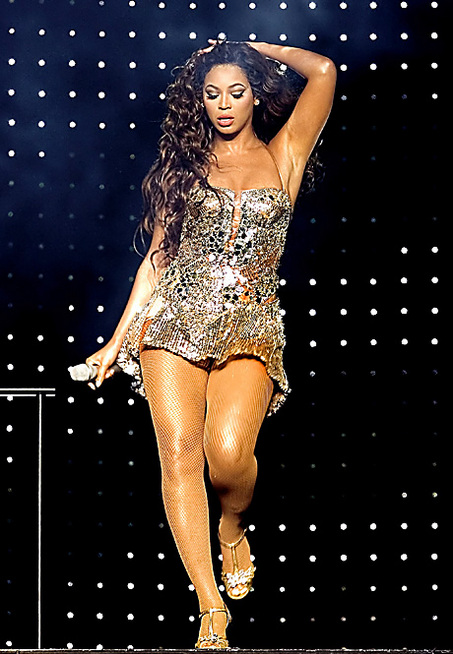 When the fans wanted more show added to Formula One racing, Bernie Ecclestone opened his years and made a move in the show business. We're not sure F1 Rocks is what the racing fans from around the world had in mind when suggesting the F1 boss to make the sport more fan-friendly, but that's certainly what they'll get at the Singapore night race this year.

As announced by the Formula One website a couple of days ago, the F1 Rocks programme will debut during the 3-day event in Singapore, and there are several celebrities that have announced their presence in the Asian city.

The Black Eyed Peas and Beyonce have already confirmed they will join F1 Rocks in late September, a programme designed to bring together the action of Formula One racing with iconic music stars worldwide. Apart from the two aforementioned artists, ZZ Top, Simple Minds, N*E*R*D and Chinese pop legend Jacky Cheung will also attend the event.

The partnership between Universal Music Group International and its JV company All The Worlds and Formula One Administration Limited was first announced in March 2009.

“I am delighted to be launching F1 ROCKS™ in Singapore and very pleased to have Singapore as our inaugural event and LG Electronics as our title launch sponsor. The world’s only F1 night race just got bigger, faster and louder. Our talent is world class and F1 ROCKS™ will rock Singapore!” said Paul Morrison, CEO & Chief Creative Officer, All The Worlds/ F1 ROCKS™, according to F1's official site.

“F1 ROCKS™ is set to be a global sensation and will be broadcast worldwide across a potential 188 Formula One territories. Two TV programmes will be produced from ‘F1 ROCKS™ Singapore with LG’” said the statement from F1.

“The first will be an hour-long entertainment show, giving viewers unrivaled access into the glamorous world of Formula One racing with A-List celebrity interviews, TV stunts, unique performances and aspirational and lifestyle features. The second will be a high-octane music special showcasing the best live music performances and interviews.”

Jacky Cheung, Da Mouth and Sodagreen are to sing on Thursday, while followed by ZZ Top, Simple Minds and N*E*R*D the next day. On Saturday, soon after the qualifying session at the Marina Bay circuit, Beyonce and Black Eyed Peas will end the show with some live performances of their own.