5 $18,300 Invisible Sculpture “I Am” Is Basically a Void That Kicks NFT Butt
Car video reviews:
Coverstory

Better Stick With NFTs: Artist to Sue for Fraud Over Invisible Sculpture

How much is nothing worth to you? This isn’t a philosophical question, it’s very matter-of-fact: how much would you pay for a piece of art shaped out of nothing?
Here’s a headline you probably didn’t expect to be reading today: one artist from Florida, U.S., plans to sue another artist from Italy because, earlier this year, he (the Italian) was able to sell what he called the first-ever sculpture of nothing. The American now says he did it first.

They say NFTs (Non-Fungible Tokens) are the future. As the world is slowly becoming more technologized, humanity is dreaming of a future in which even art will be enjoyed digitally. The NFT market is blooming, with everyone from carmakers to watchmakers, fashion and shoe designers and architects, musicians and everyone else in between rushing to grab a piece of the pie.

Certain folks might think that the whole NFT craze is just insane, with people throwing away fake money at stuff that doesn’t even exist, but those caught up in the craze swear this is the future.

So, when Italian Salvatore Garau auctioned off his latest work, “I Am,” in May this year for an estimated $18,000, the media and the artistic community rushed to draw comparisons between it and NFTs. Garau’s sculpture was even better than NFTs, it was said, because it did not exist, neither in the digital realm or reality. It was immaterial, invisible, a void filled with the energy of the object that had been removed from that space. Because the sculpture did not exist, it had no footprint, so it was the very definition of sustainability—which you can’t say about either NFTs or the cryptocurrency used to buy them.

Now that the media attention around Garau’s work has died down, another artist is vying for it. His name is Tom Miller, a known multidisciplinary performance artist from Gainsville, Florida, and he claims to have created a sculpture out of nothing first. Called “Sculpture of Nothing, Made from Nothing” or “Nothing,” for short, it was revealed to the public in 2016, when it was “instilled” in Bo Diddley Plaza. He even has a certificate from the council attesting that the artwork went up in the specified location.

Like Garau’s piece, Miller’s doesn’t exist. It’s invisible, has no physical representation, and lives only in the minds of those who “see” it or find out about it. In fact, Miller tells ABC affiliate WCJB, the similitude between the two works of art is too much. Put it simply, Garau stole Miller’s idea and made a lot of money selling it as his own—and a world first.

Miller claims he called Garau as soon as he found out about this supposed revolutionary piece of art, but he was “dismissed.” He then contacted an Italian lawyer to see about his options, and, by the looks of it, they’re pointing him in the direction of a lawsuit. Not to overgeneralize or anything, but Americans are known to be very lawsuit-happy, so if Miller does file, it should surprise no one.

“The space in our world is legitimate to work with as an artistic product. So the idea is fashioning nothing into a sculpture, and that’s what the lawsuit is all about,” Miller says, explaining how all he ever wanted was proper attribution. “If you Google ‘Tom Miller Nothing’ you can easily see I had this whole paradigm sorted out before before Salvatore Garau ever even thought of doing a sculpture of nothing.”

We could dissect this kerfuffle in a variety of ways. The easiest way would be to say that two grown men who literally contributed nothing to our reality are fighting over who’s the brainiest artist. We could discuss about how art is constantly cannibalizing itself, so nothing truly new is ever created. Miller himself admits that he got the idea for his “Nothing” from John Cage’s piano concert “Four Minutes and Thirty Four Seconds,” during which time Nothing was performed on the piano. We could flip the argument on its head and note how attribution is important, especially if you come up with the concept of creating art out of Nothing, arguably an impossible mission.

Or we can laugh. Out of all the pretentious, artsy-fartsy squabbles, this is probably tops. Invisible sculpture might be revolutionary and sustainable, but it’s also, you know, non-existent. And people are fighting because of it. It’s best to stick with NFTs, even if that means paying half a million bucks for a house on Mars that doesn’t exist either. At the very least, you get a nice video with soothing music. 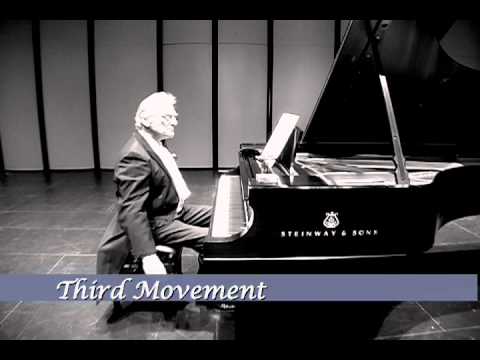 Finally, a law suit over something profoundly important! https://t.co/AjOR4wTg5o