1 2018 BMW Z5 Spied Drifting In The Snow, It's Tail-Happy And Sounds Great

5 BMWs that Will be Missed: BMW Z1 Roadster
Car video reviews:
Up Next

So the kids are off and you don't need an SUV as the second car. You want to live out your mid-life crisis without wrecking the bank account too, which means a used German roadster is on the agenda. But which should you pick between the Porsche Boxster, the BMW Z4 and Mercedes SLK-Class?
4 photos

Fifth Gear looks at three potential ways to spend about GBP 8,000 or $10,000. No Honda S2000 or Audi TT, just three of the best German roadsters this kind of money can buy.

Let's start with our least favorite, which is the Mercedes SLK-Class. When we spent some time with this generation, there was a distinct lack of joy, despite having a V6 in a tiny roadster. You dream ride is the 55 AMG, but the budget only stretches to the 200 Kompressor or the 280 V6 if you want low miles and good condition.

Still, it's a relatively reliable car, with the review saying you should look out for problems with the complex folding roof system. But why get an SLK when you can have a Z4 M? It's an ambitious plan, but with the engine from the E46, this is a super-cool M car for not that much money.

Its problems include the fragile rear suspension. It's also pretty rare and nowhere near as comfortable as the SLK. Also, with 340 horsepower and a heavy manual gearbox, it's no surprise that many have been crashed.

Finally, we have the Swiss watch of the group, the iconic mid-engined Porsche Boxster. No matter the generation, this two-seater will hold its value and put a smile on your face. So it's a good investment, but replacement parts are really expensive and the placement of the engine makes it hard to work on.

Roadsters aren't your thing? Vicki has also compared SUVs and affordable hot hatchbacks which can be considered second-hand heroes. 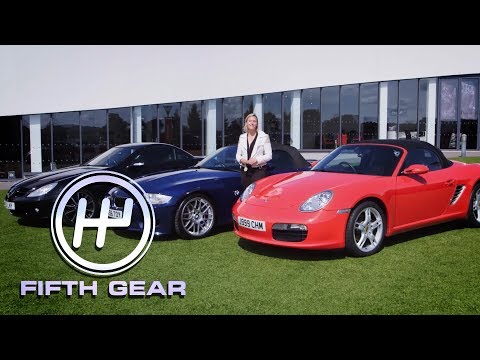