Best Part of Being a SpaceX Intern: Free Frozen Yogurt

Home > News > U-turn
Ionut Ungureanu
“SpaceX was founded under the belief that a future where humanity is out exploring the stars is fundamentally more exciting than one where we are not.” - That’s the first thing you read when you visit Elon Musk’s space company. Like any other big players in the industry (one that is working with NASA), they also need interns. Here’s how being part of that exclusive team feels like.
1 photo
We just stumbled upon this video SpaceX team made and it shows a group of interns who have been working on separates levels and for different periods of time in the company that is “actively developing the technologies to make this possible, with the ultimate goal of enabling human life on Mars.”

Sounds much like a dream most of the kids still go to bed with. And so far it remains a faraway plan since Elon Musk’s is still facing some technical problems with the Falcon rocket that they want to see landing without being destroyed after a mission in outer space. Because yes, that is what SpaceX is planning, among the “casual” trips to the International Space Station, journeys that would eventually see astronauts being shuttled instead of just goods as they do now.

The reason NASA granted the young company a “mere” $2.6 billion was so that they could finish developing and fly the crew version of their Dragon cargo vehicle. So far, several trials have been conducted to stabilize the Falcon landing, so that they could reuse the rocket. This is the key, finding a way around the current space travels, which now inherently imply destroying every rocket the shuttle embarks off the planet with. If they stop wrecking, the rocket space travel expenses will be a lot lower.

Believe it or not, fresh brainiacs is what science needs, and Elon Musk is one of the inventors who know that, so yes, SpaceX has an internship program and it sounds to be one hell of a ride. After watching the video below, note that “from automotive to software gaming to electronics, SpaceX seeks the top talent on the planet.” 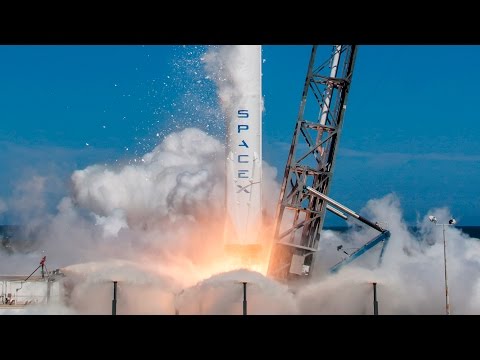