Home > News > U-turn
Ionut Ungureanu
In their constant search for new ways to promote the brand and their cars, Bentley has recently partnered up with Savile Row, the home of British Bespoke tailoring. The luxury carmaker has commissioned four high-end tailors to reinvent the driving jackets in a way they consider it fits for the premium driver. After traveling around in the US, the collection will arrive in London at the end of the week.
9 photos

What better way to prove to the world that each of your cars should be synonymous with style and comfort than by creating bespoke driving jackets? However, when an eccentric luxury car maker like Bentley does it, the result has to be more than simple tailoring, it has to become exposition worthy. That’s the message with the Washington, D.C., exhibit titled Savile Row and America: A Sartorial Special Relationship.

What exactly are we looking at, though? The interpretations of the classic driving jacket in the way the iconic brands Dege & Skinner, Gieves & Hawkes, Henry Poole, and Huntsman envisioned it. According to Robb Report, the tailors drew inspiration from the company’s past (including the styles worn by the early-20th-century gentlemen racers known as Bentley Boys).

The video below is a behind-the-scene clip that presents each of the artist’s work, as they explain what was their idea of the final product. As we previously mentioned, the jackets were already showcased over the U.S. but they will be available for viewing in London from June 12 through 15 at the four Savile Row houses. Since the exhibit traveled all that way, we figured it was worth mentioning. 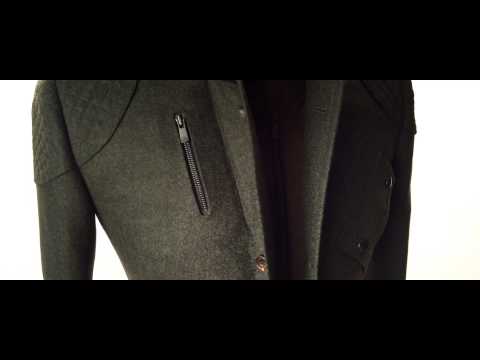