4 Oil Sheiks Rejoice, Bentley Launches its Most Powerful Convertible Ever! 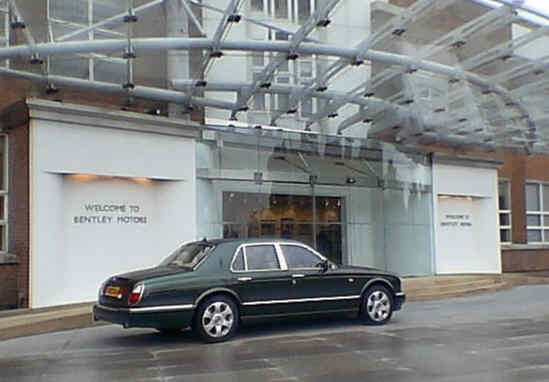 Luxury car manufacturer Bentley today announced that it will halt production of its Crewe facility for six or seven weeks, obviously due to the continuously decreasing demand in most markets across the world. Bentley's spokesman Mike Hawes said the biggest drop was brought by the United States, but the company is confident that the Chinese and the Middle East markets have the ability to revamp sales.

According to Wheels24, the temporary shut down will last from March to May, with all Bentley employees to receive their full salaries during this period. Bentley's Crewe production plant currently employs 3600 workers, the aforementioned source wrote.

As you probably know, Bentley is not the first automaker that is forced to temporarily shut down its plants in order to align production with market demand. Chrysler, Toyota and many other companies across the world took similar decisions after the financial downturn reduced demand on most markets.

But despite all these negative reports, Bentley was less affected by the economic crisis, partially thanks to the segment its cars are addressed to. The high-end luxury vehicles took an ascending trend since 2007 when the company surpassed the 10,000 model unit milestone for the first time.

However, Bentley's North American sales unveiled a slight decrease since the first quarter of 2008 when new car deliveries dropped about 22 percent. But even so, sales in emerging markets such as China and the Middle East were impressively high, with increases of 133.3 and 10.4 percent, respectively.

“We still expect our annual sales performance to be at around the same level as 2007, but also to maintain our profitability despite the challenging exchange rate impacts,” Stuart McCullough, Board Member for Sales and Marketing, said in 2008 when the financial crisis already started making its presence felt in the automotive world.