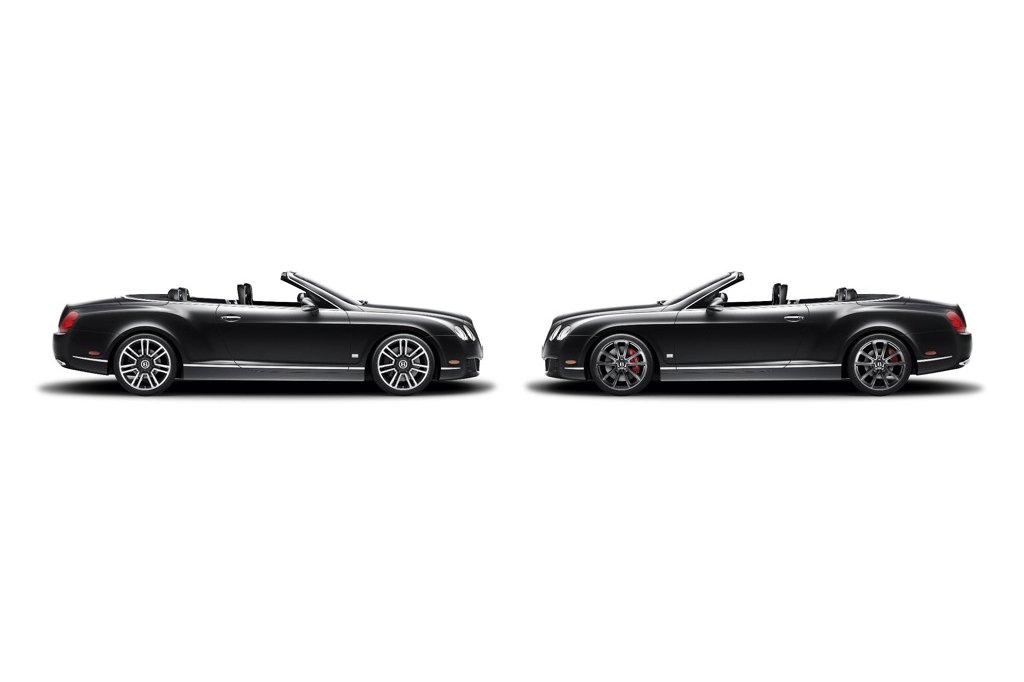 British manufacturer Bentley took the wraps off its new limited-edition Continental GTC and GTC Speed 80-11 models, designed exclusively for the North American market, at the 2010 Pebble Beach Concours d’Elegance the past weekend. According to the manufacturer, the 80-11 designation means that Bentley will be building only 80 examples of each drophead in 2011.

“Both cars give a nod to Bentley’s British heritage and incomparable craftsmanship, with Union Jack brightware badges featured on the front fenders,” a company statement reads.

There is a wide range of colors available for both GTC 80-11 models, but they also come with an exclusive Midnight option, with a Dark Grey Metallic soft top and the Mulliner fuel-filler cap as standard.

Inside, the main leather choice for both vehicles is Beluga, and the contrast stitching, piping and Bentley emblems are white on the GTC and Pillar Box Red on the GTC Speed.

“To complement the Piano Black veneers on both 80-11 Editions, the engine-turned aluminum dash has a bright finish in the GTC and a sportier dark finish for the GTC Speed.  Race-inspired drilled alloy sport foot pedals are standard on both vehicles and to further differentiate the special editions, the vehicles’ treadplates and a badge on the console are branded with the “80-11 Edition” signature,” Bentley says.