1 Chess, Not Checkers – Audi Has Pulled Off a Profitable First Half of the Year

3 Bentley Delays Launch of Its First Electric Vehicle Until 2026, Not Because of VW Setback

Bentley Americas and The SagerStrong Foundation, founded by the late Craig Sager and his wife Stacy are joining forces with a new bespoke, colorful project: a Continental GT Speed Convertible through “rose-colored glasses.” All proceeds go to cancer research.
7 photos

Craig Sager was a renowned American sports reporter. One of his last major appearances was at the 2016 ESPYs, when he accepted the Jimmy V Foundation’s Perseverance Award. His outfit was as iconic as he was and, since 2017, every recipient of the Sager Strong Awards now receives a replica of the sports coat he wore.

But Bentley is taking it one step further with a bespoke Bentley Continental GT Speed Convertible. The result of the vibrant design by the Bentley Mulliner team will be a one-off vehicle worth collecting. It will be available for auction early next year, and the luxury brand will gather key signatures from notable sports, entertainment, and celebrity figures. All of the proceeds will go to SagerStrong Foundation’s fight against blood cancer.

The convertible has a black front paint that fades to white towards the rear, covered with colorful flowers, the same pattern worn by Sager, with his name embroidered on the headrests. It already features signatures from Stacy Sager, Steph Curry, Magic Johnson, Dikembe Mutombo, and Jamal Anderson, with more to come during a SagerStrong Bentley Tour that will conclude in December 2022.

“Our interpretation of “clothing” the Continental GT Speed Convertible in something Craig would have worn honors him and his vibrant, enduringly positive, and uplifting spirit,” said Scott Reynolds, Retail Marketing Manager, Bentley Motors, Inc. “It’s our aspiration that further enhancing this car with the signatures of Craig’s family, both on and off the court, will create an iconic piece of rolling memorabilia: a lighthouse of hope for those that knew and loved Craig.”

His wife, Stacy Sager, who is behind the SagerStrong Foundation, commented: “Craig had a deep-rooted passion for craftsmanship, it was reflected in the suits he had tailored and the cars he chose to drive. If he were here today, he would be driving the family around, top down, smiling ear to ear in this perfect representation of his beautiful and powerful spirit.” 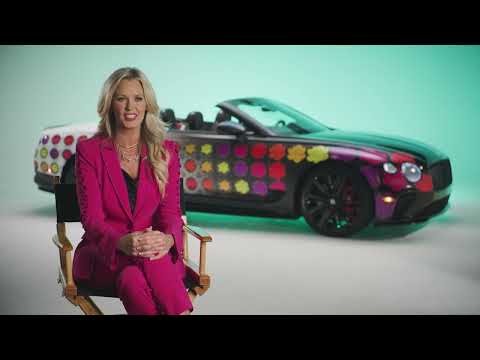