4 Cristiano Ronaldo Used to Own This Bentley Continental GT, Now It's for Sale

Bentley has taken the Continental GT Speed to an abandoned airbase in Sicily and made a drift video. The British marque is not the first you think about when drifting is mentioned, but the Continental drift video proves that the W12-engined coupe can do a lot of things. Needless to say, do not try this yourself.
9 photos

Unlike home-brewed drift videos, this one is captured by award-winning automotive filmmaker David Hale. It all happened at the Comiso Air Station in Italy, a former NATO airbase that was abandoned three decades ago. The site has slowly been reclaimed by nature, which made it perfect for a challenging, but safe environment for such a video.

The gymkhana-style video would not be complete without point-of-view drone pilots, as well as the skills of videographer and photographer Mark Fagelson. Together, the production team prepared an entertaining drifting video that tells a different story.

As you will see in the video, two Bentley Continental models are featured. It all starts with a 1952 R-Type Continental, which comes from Bentley's Heritage Collection. This model was the inspiration for the current Continental GT, which stars in its Speed variant.

The ongoing Continental GT Speed comes with an electronically controlled Limited Speed Differential (eLSD), along with all-wheel steering, which can provide up to four degrees of steering lock on the rear axle. The steering system has a quicker ratio than ever before, and the ESC (Electronic Stability Control) system comes with a greater level of freedom for skilled drivers in its Dynamic mode.

Meanwhile, the all-wheel drive system provides up to 36 percent torque to the front axle in the Comfort mode, which goes down to just 28 percent in Sport mode.

A significant difference between the two is the response to oversteer: in Comfort mode, the system will apply up to 400 Nm to the front wheels to counter oversteer. In Sport mode, the AWD system will send just one-tenth of the torque it would send in Bentley mode to keep the rear axle from going too far out in a corner. 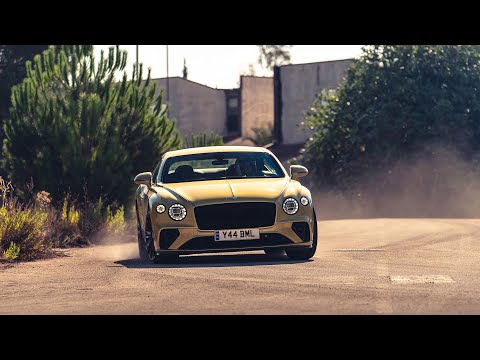