2 Don't Let the Jet Set See This Ugly Rolls-Royce Cullinan, or We Might Have an Outbreak

4 Do You Have a Moment to Talk About the Jeep Cherokee XJ Trackhawk?

Aurel Niculescu
Spring is finally upon us (at least in the calendar) and automotive virtual artists are giving us a fresh breeze of crossovers, SUVs, and trucks. With a bit of British flair, we might add.
21 photos

Although many would feel inclined to consider Al Yasid’s CGI Dodge Challenger SRT Demon coupe utility as the coolest CGI pickup truck (and Dodge Rampage Ute revival), this time around we are here to discuss the current British commotion. But he is a Londoner, so we can always include his work in the UK reel.

Anyway, just recently we checked out SRK Design’s transformation of the 2023 Aston Martin DBX707 into the unofficial “most powerful luxury pickup truck.” So, why not also another SUV with British DNA? And a sporty German twist. Well, not long after came the latest upload from the virtual artist better known as Theottle on social media.

He has recently found out that Porsche’s Macan took its name from the Indonesian word for tiger. Naturally, that stoked the pixel master’s imagination and he quickly purred out the idea that Bentley might one day take Porsche’s Macan/Cayenne example and create its own smaller Bentayga sibling.

Of course, a behind-the-scenes making-of video (embedded below) with the digital creation process was also logical. So, a couple of fresh, green SUVs – a Porsche Macan and a Bentley Bentayga – were virtually mashed up into a high-riding baby Bentley. And, based on a fan’s suggestion, the project has been dubbed Bentley “Bentiger.”

This reinterpretation, based on the current Bentayga and Macan, will certainly remain merely wishful thinking. However, we feel that its blueprint idea – a little Bentley SUV based on the smaller Porsche crossover – is not at all far-fetched.

Of course, if this plan ever comes to fruition, that smaller Bentley would also be completely electric as the second-generation Porsche Macan will be exclusively powered by electric motors and a battery pack. 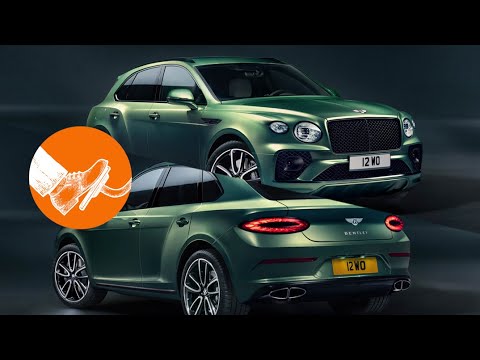