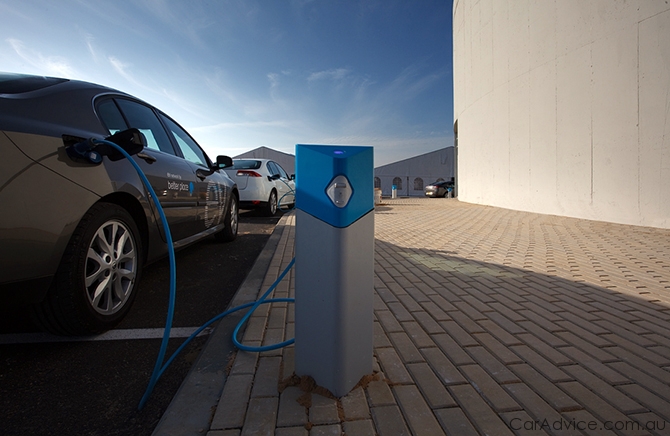 China, as one of the largest auto markets in the world, is continuously looking into ways to support the auto industry and the EV sector in particular. Not only because carmakers are constantly bringing their green goodies in the country but also because local buyers must be encouraged to migrate towards this kind of vehicles.

And Beijing authorities are among the first to do this, as local officials promised to install up to 36,000 charging stations in the Chinese capital in an effort to support EV adoption in the country.

The total number of charging stations includes both fast and slow charging units, according to a report by the Global Times citing a statement of Zhu Shilong, spokesperson for the Beijing Municipal Science & Technology Commission. However, don't expect to see the charging stations installed in no time.

The whole process will take up to five years, according to the so-called 12th Five Year Plan regarding the EV developments between 2010 and 2015. The local authorities will thus install 36,000 slow charging stations, plus 100 fast charging units, 2 battery recycling centers and 10 maintenance service stations.

Estimates are very optimistic over the number of electric vehicles to be driven on Beijing roads in the next couple of years. The aforementioned source says that Beijing has injected up to $3 million in R&D so authorities expect to see more than 30,000 electric cars out there by 2012, out of which 23,000 will be electric vehicles per se. The rest of the 7,000 vehicles will be plug-in models, according to the data.