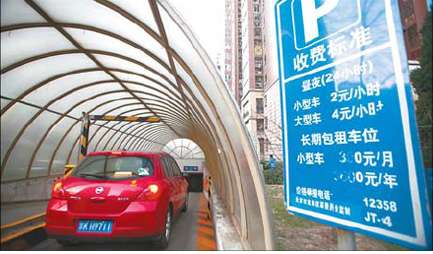 2010 April’s Fool Day will see a “not so funny” law becoming effective in Beijing: the city’s downtown daytime parking fees will be doubled starting April 1, in an effort to ease the traffic, as China Daily reports.

The municipal committee of development and reform published the announcement on its website: the highest parking fees will be $1.46 per hour in 13 key interest zones, such as shopping districts and railway stations. In addition to this, drivers who park their cars on the side of the road for over 60 minutes will have to pay up to 2.19 $ per hour.

According to the aforementioned source, Beijing’s road saw the arrival of 800,000 additional vehicles in 2009. This brings the total number of vehicles in Beijing to 4 million units. Over 80 percent of this are privately owned.

The committee had already adopted a much more obtrusive measure, restricting road traffic by the last number of the car license plate. This traffic control method was initially adopted during the 2008 Olympic games and subsequently extended.

The city’s authorities plan to determine the population to use public transportation instead of private cars. To support this, 12 light-rail and subway lines and several express bus lines will be inaugurated in the present year.