3 Chinese SWAT Is Ready for Anything!

Communist regimes and those in denial like the Russian government have this proclivity for megalomaniac military parades, and China makes no exception.
1 photo
Celebrating 70 years from their defeat of the Japanese invaders during what we refer to as World War II, the Chinese ruling party decided it was time for a grandiose military parade. Since there was no one to oppose the idea, it went through and so the whole 2,3 million soldiers-strong Red Army marched through the streets of Beijing.

But since a parade nobody could see because of the heavy air pollution would kind of defeat the purpose, the government had to take some measures. And since it's a totalitarian government we're talking about, they didn't ask nicely.

Starting well ahead of the celebrations, hundreds of factories in and around the city were closed and half of the five million cars usually prowling the streets were pulled over. If it sounds drastic, it's because it is. But it worked.

When the parade started, the air quality index (AQI) was showing 17 out of a maximum of 500. In other words, Beijing was having very healthy air, a first in quite some time. The blue sky is such a rare sighting for the residents that they immediately feel the need to capture the moment on camera. It also explains how the "parade blue" moniker came to life.

Less than 24 hours after the parade, however, the AQI immediately spiked back to 160, which stands for "unhealthy". I guess 500 is when you sit directly above 100 burning tires.

The officials didn't take kindly to the whole "parade blue" nickname and so every mention of it was quickly erased from the Chinese internet (which is basically an intranet if you ask the right persons).

But Beijing is getting used to these measures that will surely be employed again in the future. Apparently, before every major event taking place in their capital city, the Chinese rulers suddenly become preoccupied with air quality. It happened before last year, when major world leaders visited the city for the APEC summit, but the situation returned to its gray normal just as quickly then as it did now.

While "mandatory holidays" doesn't sound like such a bad thing to us, being forbidden to use our personal cars - after all, one of the epitomes of freedom - is less enticing. But then again, we don't have to give up on them to enjoy blue skies over our head, so it's a tough decision.

Below you can see the highlights of the whole event and below that, the extended version. There is also a three-hour long video, but we hope we did well to ignore it. 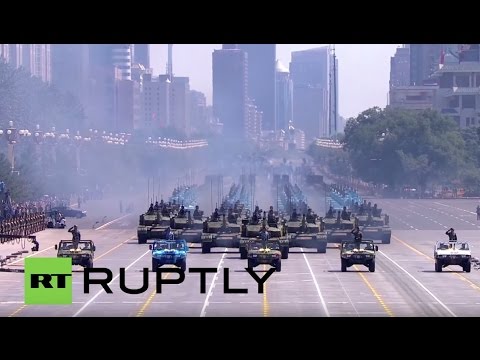 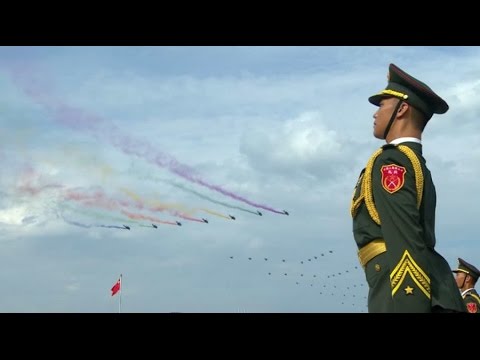