1 Daimler and BYD to Produce Electric Vehicle for China 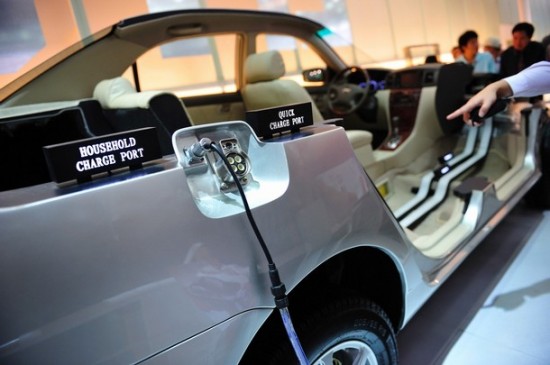 China is becoming more and more interested in using new energy vehicles, as these represent both a “green” and an economic opportunity. Beijing authorities plan to introduce thousands of electric vehicles on the city’s roads by the end of the year, in spite of the fact that the market might not be prepared for such a move, as China Daily writes.

The capital has a vehicle pool that totals 4.13 million cars and intends to take part in the transformation of the automotive industry. According to state officials, the government will offer subsidies to both carmakers and customers who are active in the electric vehicle segment.

"Electric-powered vehicles are the next growth opportunity for China's carmakers and electricity generators. The central government hopes a few cities will become the testing grounds before the model can be passed on to more cities in the country," Li Yizhong, minister of Industry and Information Technology, was quoted as saying by the aforementioned source.

Authorities say that they are ready to open a citywide recharging stations network during the current year - this would feature 450 recharging points. According to Beijing’s economic planing authority, automotive producers have been invited to negotiations on developing electric vehicles production sites in the city. The body plans to introduce 15,000 EVs in 2010, with most of them being public transport and public services vehicles.

However, it is not clear if consumers are willing to go “green”, as the eco-friendly vehicles cost around 30 percent more than internal combustion ones. Multiple sources say that the government should accelerate its subsidies plan in order to support the EV market.