Be a Part of History, Help NASA Design the Lunar Loo for the Next Mission

Elena Gorgan
A mission in space involves more than just building rockets and training people to be able to withstand everything that goes with space travel for longer stretches. It also involves thinking about the mundane, apparently trivial stuff like being able to go to the bathroom without too much trouble.
1 photo
The topic of astronauts’ number ones and twos isn’t often discussed in the media because, well, what anyone does in the bathroom is no one else’s business. This time, though, NASA wants and needs media attention, in order to reach out to as many innovators as possible – because NASA wants their help in designing the next-generation space toilet.

Or, as NASA calls it, the Lunar Loo. As of the end of last month, applications opened for the so-called Lunar Loo Challenge, which will see teams or individual innovators submitting their ideas for a new space toilet. NASA plans to put the first woman and the next man on the Moon by 2024, and it wants to do so with a new, smaller and more efficient toilet.

Current space toilets, like the one on ISS, are made solely for microgravity. NASA wants this next generation of toilets to be for both microgravity and Lunar gravity, fit for both men and women, for both number one and number two, smaller, more silent and lighter.

“Getting back to the Moon by 2024 is an ambitious goal, and NASA is already working on approaches to miniaturize and streamline the existing toilets,” reads the campaign on HeroX. “But they are also inviting ideas from the global community, knowing that they will approach the problem with a mindset different from traditional aerospace engineering.”

Total prizes are $35,000 in the senior category, with first spot getting $20,000. Junior submissions will get recognition and official NASA merchandise. NASA doesn’t say exactly what that is, noting that it’s a “surprise.”

Submissions are accepted until August 17 and must follow a very strict set of criteria, including a weight of no more than 15 kg (33 pounds) in Earth’s gravity, a volume no greater than 0.12 m3 and power consumption under 70 Watts.

Back in the days of the Apollo program, astronauts didn’t actually have toilets, relying on plastic bags with hoses and sticky rings in order to do their business. These days, modern space toilets look like the contraptions in the video below. If you think you can do better, help NASA out and be a part of history. 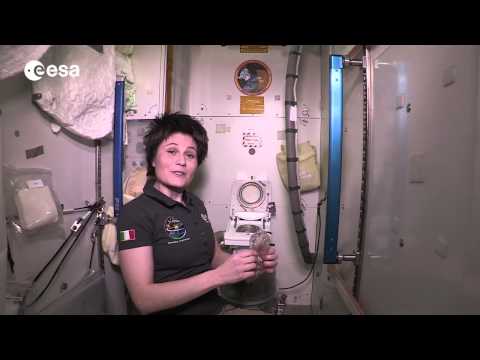