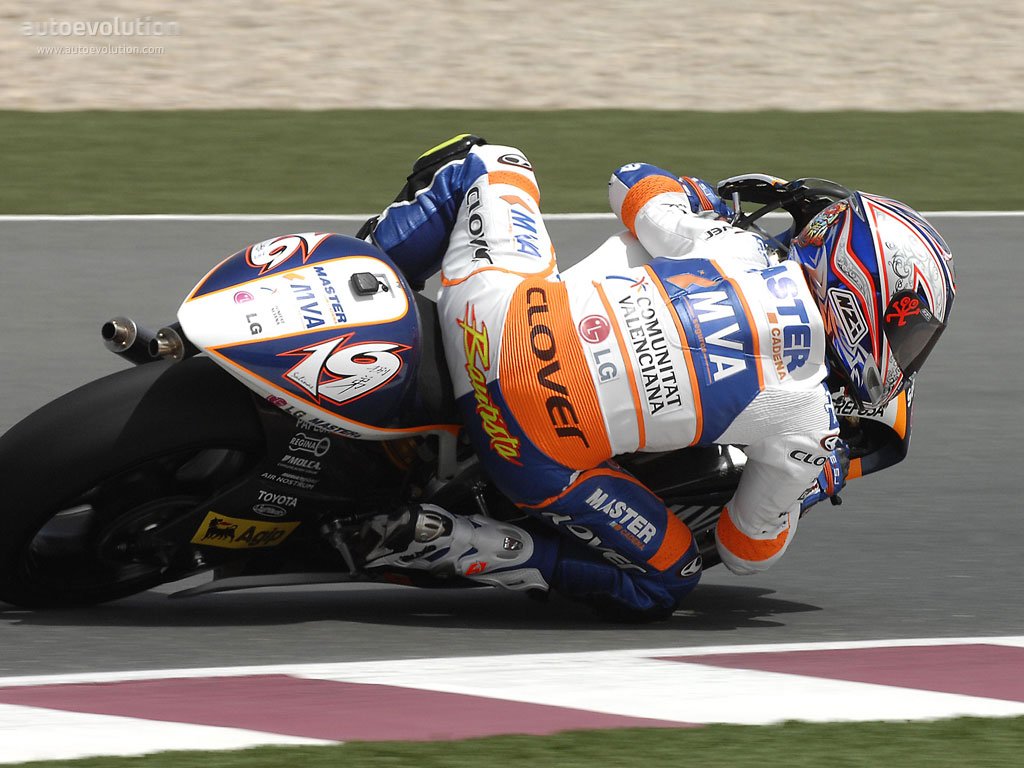 Alvaro Bautista 's first win in the quarter litre class did not come without controversy, as reigning champion and current leader of the overall standings Jorge Lorenzo blasted his fellow countryman with unfair conduct. Following the contact between the two riders in the last lap, Lorenzo crashed out of the race and lost the chance to score his 5th win in the last 6 events.

The weekend started out great for Bautista, who managed to clinch pole position during the rainy qualifying session on Saturday. Lorenzo was not that lucky though, as the Aprilia rider only managed a poor 20th place on the starting grid due to the whether conditions. Coming into the race, Bautista waisted no time and quickly stormed into the lead, while his rival had to overtake rider by rider for a chance to clinch overall podium.

And, much like Rossi would perform hours later in the MotoGP class, Lorenzo made a forceful comeback in the first half of the race. The Aprilia rider only had 8 laps to take a well-deserved lead and was already dreaming of his 5th win this season. Bautista had other plans, though, and started putting pressure on his rival for 1st place.

The two were joined in by San Marino's Alex De Angelis, who was clearly aiming for his first win in 2007. As the leading trio got into the last lap, it was pretty clear that only an unfortunate manoeuvre would keep one of them outside the overall podium. And the inevitable occurred just kilometres before the finish line, when Bautista made a pretty dangerous move on rival Lorenzo and the latter crashed out of the race. The reigning champ fought hard and managed to get back into it, but ended the day on a disappointing 8th place (first race outside the overall podium this season).

Despite getting rid of his most fearful rival, Bautista had little time to catching Alex De Angelis in front of the race. De Angelis was leading the race when entering the last corner before the finish line and it seemed he would finally clinch his first win this season. Once again, Bautista's plans were quite different and the Spaniard overtook his Master-Mapfre Aspar team mate on the finish line for his maiden win in 250cc class.

Dovizioso failed to do the same only 7 seconds later, as Team Toth's Hector Barbera managed to end the race less that 0.1 seconds before the best-placed Italian at Mugello.

Lorenzo was not at all happy with the final outcome of the Mugello race, blaming Bautista for his 8th place: "Today is a bad day for us, because we had a very good race, a hard fought race starting from 20th. We struggled a lot, trying to win on every corner, but we just couldn't do it. Bautista, for me, was not correct".

As for the winner, Bautista admitted: "It was hard because it was so fast but it was an enjoyable race. On the last lap, De Angelis, Lorenzo and me were there and I could see that De Angelis wanted to win because he's at home here and he's very strong here, so I tried to follow him. I passed Jorge, we touched, but I think it was a normal pass for the last lap of a race and then I caught De Angelis on the last corner".

The Aprilia rider is still on top of the overall standings, but his lead was cut to 27 points ahead of Team Scot's Andrea Dovizioso. Despite getting closer to rival Lorenzo, the Italian is now feeling De Angelis' breathing down his neck, as the San Marino rider trails him for 2nd place by only 6 points.

The next 250cc race will take place on Circuit de Catalunya, on the 10th of June.