2 Sutil to Push for Maiden Points at Monza

Volkswagen 1-Liter Concept Comes at Frankfurt with a New Face 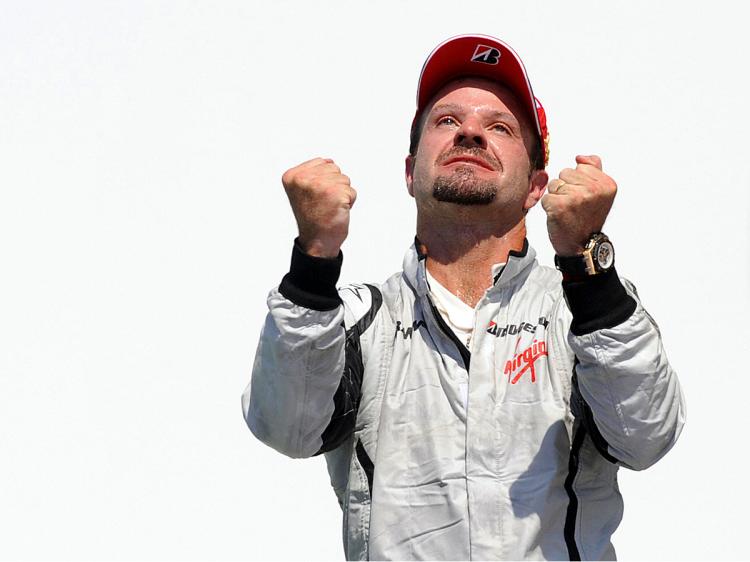 Rubens Barrichello scored his second win of the season at Monza and 3rd of career in the Italian Grand Prix, as Brawn's one pit stop strategy paid off on Sunday and led to their 4th 1-2 finish of the season. Jenson Button went on to take second place in Italy - his lead was cut to 14 points in the overall classification - while Ferrari's Kimi Raikkonen secured his 4th consecutive podium this year, in 3rd place.

The reigning world champion Lewis Hamilton was running in 3rd place with only one lap to go, but recorded his second DNF of the season when he lost control of his car and smashed his MP4-24 into the wall. The incident led to the race having to end under yellow flag.

Hamilton's shunt meant Force India's Adrian Sutil finished the race in 4th place, his best ever position at the chequered flag in career. The German drove a safe 3-stint race on Sunday, and only the Brawns' one-stop strategy prevented him from scoring his maiden podium in Formula One.

Renault's Fernando Alonso also chose to drive on a one pit stop strategy at Monza and it eventually translated into a well-deserved 5th place, ahead of McLaren's Heikki Kovalainen and BMW's Nick Heidfeld. The last point-scoring position on Sunday belonged to Red Bull's Sebastian Vettel, whose RB5 lacked pace throughout the 53-lap race.

Ferrari's newly-signed race driver and local favorite Giancarlo Fisichella did not manage to make friends with the F60 in his first outing for the Scuderia, as his 9th place overall was mostly the result of some racing incidents during the last few laps of the race - which saw Toyota's Jarno Trulli drop further down the pack after a clash with Kazuki Nakajima, plus Hamilton's crash.

Mark Webber and Robert Kubica both had to call it a day in the early laps of the race, after they touched their cars in the chicane. Webber went out immediately, while Kubica parked his car in the pits later on.

Force India's Vitantonio Liuzzi was doing a great race while in 5th place before having to stall his car at the side of the track due to a gearbox problem. If continuing his good run, this would have been Force India's first F1 race with both drivers inside the points.