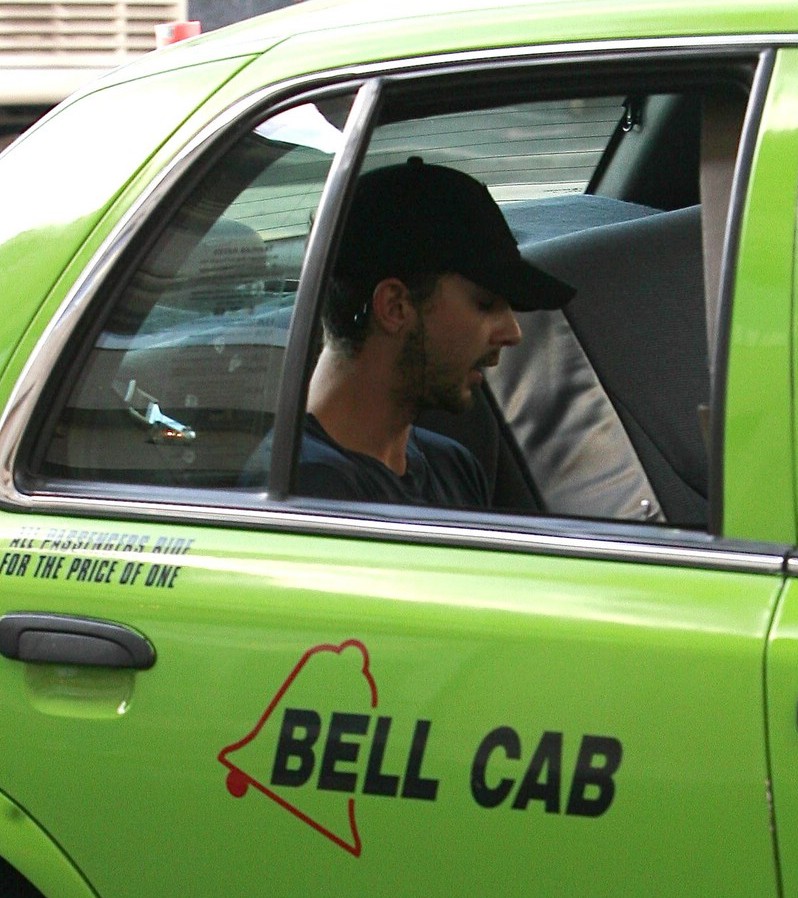 When your driving license is suspended for at least one year, you have exactly four possibilities of transportation: walk, ride the bike, use public transportation or for the more wealthy ones, take the cab.

But a Hollywood celeb like Shia LaBoeuf could have made only one choice taking in consideration his status. In case it wasn't obvious already, yes, we're speaking about a taxi ride. The guys from buzznet.com photographed the "Transformers" star in a a Bell Cab in Hollywood yesterday. And we guess we're going to see him hopping in other cabs pretty often as he has been banned from driving for one year following DUI and crash.

For those who don't remember, the 22-year-old actor was involved in a car crash on July 27, 2008. At the moment of the accident, cops suspected that he was driving under the influence but he refused to take a blood alcohol test.

In September, the charges were dropped as the Los Angeles County District Attorney’s office announced there was “insufficient evidence” to accuse Shia of drunken driving for his involvement in the accident. Nevertheless, even if he intended to do it, he couldn't escape the law so, the final sentence has been given January 17.

Shia LaBoeuf is best known for his role in "Transformers" and for his jokes as a  comedian who began performing stand-up and “talking dirty” in comedy clubs. As a matter of fact, Shia will appear again in "Transformers" as screenwriter Roberto Orci has confirmed that a character who died in the first  film will return.