4 The Perversion of the Fast and the Furious
Car video reviews:
Coverstory

If something’s not broken, there’s no sense in fixing it. While the majority of Hollywood productions that fall under the “revived,” “rebooted” or “retold” umbrella mess up by trying to go against the grain and bring something new to the table, Bad Boys For Life is exactly what you expect it to be.

This is the third installment in the franchise that only diehard fans have been asking for, but it’s an incredibly pleasant surprise nonetheless. It’s your ‘90s comfort zone but better, because there are younger faces in the crowd, better cars, more kickass action scenes and a bit more self-awareness, which is what the original two movies lacked.

So, while it’s not reinventing the wheel, Bad Boys For Life does bring improvements to the franchise. And it’s one heck of a thrilling ride, packed with high-octane action, shameless humor and smart one-liners that can – and do – work only when Mike Lowrey and Marcus Burnett are present.

Mike (Will Smith) and Marcus (Martin Lawrence) are still part of Miami PD’s finest. After all these years, they’re still chasing down bad guys (Marcus somewhat begrudgingly, Marcus with glee, preferably at the wheel, driving recklessly), still shootin’ them up and using old-fashioned tactics that wouldn’t stand a chance in today’s politically-correct society. But there’s a cloud on the horizon: Marcus becomes a first-time grandfather and the whole thing shifts the perspective for him.

Marcus wants to retire, an option that, for Mike, is nothing short of treachery. Violent circumstances and a hit on Mike’s head force them to get back together for “one last time,” which explains the title of the film. They have literally been bad boys for an entire lifetime. “We ride together, we die together.”

There are new faces on the scene as well. Miami now includes the AMMO squad, a group of youngsters just as skilled in kicking butt and shooting bad guys as they are in emerging tech and using it to their advantage. Because AMMO and the bad boys have completely opposite MOs, clashes and less-harmless banter occur. Predictably so.

Even the mother-son villainous duo (Kate del Castillo, she of the ‘90s telenovelas fame now turned full-fledged bruja, and Jacob Scipio) is not surprising. Neither is Mike’s origin story and the humongous skeleton in his closet, unveiled in the third act.

Truly, there is nothing surprising or unpredictable about Bad Boys For Life. If you expected that, you must be new to this cinematographic universe. Bad Boys is a franchise that builds on the premise that action can compensate for a linear, rather simplistic or even faulty story, and this is apparent in this installment as well. It works. Quite wonderfully so.

The film works on dichotomies: good vs. bad, police vs. bad guys, adrenaline rush vs. precaution, Mike vs. Marcus, Porsche vs. Nissan. The result is so effective that the film doesn’t even bother to go deeper into explaining them, which allows you, the viewer, to sit back and enjoy the thrilling, hilarious ride.

And thrilling it is. Mike’s OG Porsche 911 Turbo from the first film (and the Ferrari 550 Maranello from the second) has been replaced by a brand new 2020 Carrera 4S in a deep, stunning blue. Marcus, being the softball of always, drives his wife’s Nissan Quest, with a paintjob in a deeply embarrassing mustard yellow. Both cars get plenty of screentime, but the Porsche so much of it it would have deserved billing in the credits.

Other notable action scenes include a bike chase that ends with Mike doing some pretty impressive aerial stunts, more or less willingly. Helicopters are also featured heavily, because no bad guy is ever bad enough if he can’t shoot at people from one – preferably hovering above a bridge with heavy traffic.

In short, Bad Boys For Life sticks to the winning formula developed in the first film and works to improve it. Credit for that goes (partly) to Michael Bay not being present at the helm, since his most recent work displays a tendency to outstay its welcome and become tiring after a while. Yes, 6 Underground, here's looking at you.

Relative newcomers Adil El Arbi and Bilall Fallah are in the director’s chair, with Will Smith and Jerry Bruckheimer producing. Worry not, though, Arbi and Fallah are more than able to safeguard and replicate Bay’s iconic tropes (the orbital shot, the slo-mo, the sunsets, the explosions).

Bad Boys For Life is a solid action movie that will strike a chord with original audiences and the younger public as well, though the latter may feel left out of many of the jokes. It was made for the former and plays to it to a fault: it’s ‘90s nostalgia brought into present day, with a good helping of car and bike chases, explosions, fights and humor.

Mike and Marcus are old (as are Smith and Lawrence) and the movie knows it, too. They may still kick butt like in the old days, but they are dinosaurs whose time is running out. In Mike’s case, a handsome, still fit, Versace-wearing, Porsche-driving dinosaur. 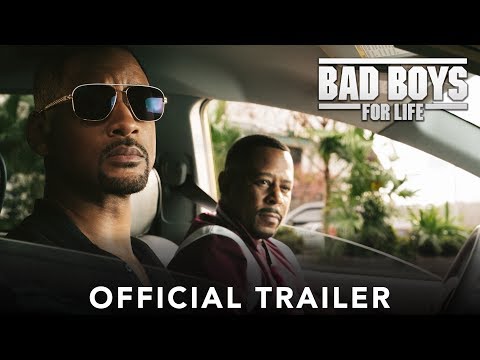 Land on Water Could Be the Modular, Weather-Resilient, Off-Grid Floating City of TomorrowSee all coverstories