You Can Easily Title an Abandoned Car in New Mexico, Much More Difficult in New York

All records are meant to be broken, which is what just happened to the Red Bull Ring’s production car lap record previously held by the Ferrari LaFerrari, which posted a time of 1:38.95 with German racing driver Hubert Haupt behind the wheel. Impressive? Well, that record has just been smashed by the limited-edition BAC Mono R.
7 photos

The open-top pillarless supercar went around the 2.7-mile (4.3 km) circuit in just 1:32.96, roughly six seconds quicker than the LaFerrari. It also averaged an impressive 122 mph (196 kph) during the lap, with British racing driver Adam Christodoulou doing the maneuvering.

What’s even more impressive about this run is the fact that the Red Bull Ring is known for being a power-friendly track, with frequent elevation changes and higher altitudes proving difficult for naturally aspirated supercars. Of course, the BAC Mono R can overcome those factors thanks to its low weight of 555 kg (1,223 lbs) and its 343-hp 2.5-liter four-cylinder engine.

Its power-to-weight ratio of 618 hp per ton is the equivalent of having a 650 hp LT4 V8 unit inside a Chevrolet Spark city car.

“Another event, another lap record for Mono R – we're absolutely delighted to be at the top of the leaderboard at such a stunning and iconic circuit. Back in the early stages of developing the car we said that no record is safe worldwide, and that’s certainly proving the case. R is an incredible machine and we cannot wait for the next giant to fall,” said BAC co-founder and design director, Ian Briggs. 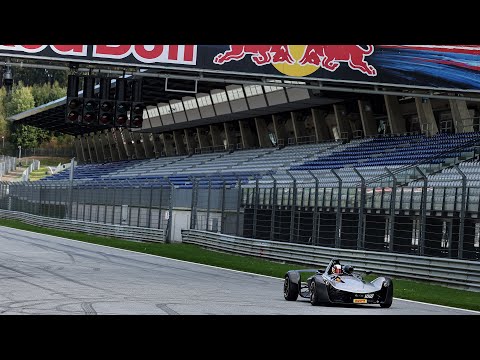