2 Your Baby Would Want This

Babies - Not Safe in Car Seats? 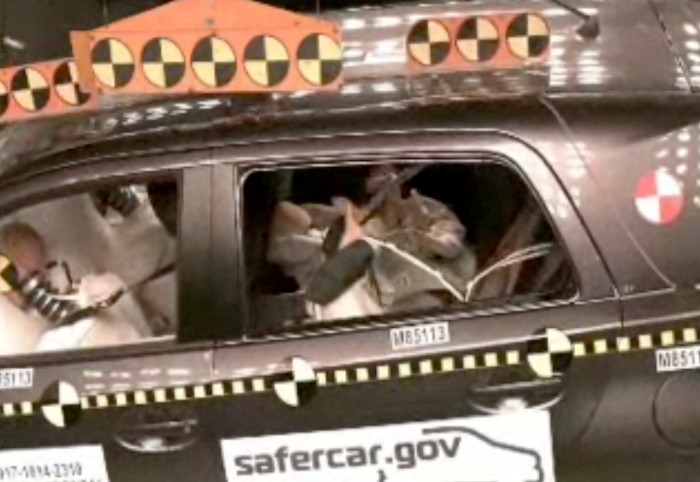 You probably thought that if you installed a car seat in the back, your baby would be perfectly safe. This might be true provided that you're not involved in a car crash.

An investigation conducted by the Chicago Tribune shows that baby seats failed dramatically in federal tests and the results have never been made public. In the videos collected by the Tribune, parents who thought their babies were perfectly safe in their car seats, can see how an infant seat detaches from its base, making the baby inside hit the back of the driver's seat, during a car crash.

The aforementioned publication discovered the results in the test reports from the National Highway Traffic Safety Administration. Although NHTSA use these tests to rate the safety of cars and not the children's safety, the Chicago Tribune thinks that parents are lacking information about the risks their babies are exposed to in the car seats in case an accident happens. Many times, parents choose an inappropriate car seat, without knowing that two of the most expensive seats tested scored some of the poorest results.

“What you’ve uncovered totally reveals the flaws in the current safety standard and also NHTSA’s negligence in not reporting this to the public,” said Joan Claybrook, a former NHTSA administrator and president emeritus of the advocacy group Public Citizen.

More importantly, the tests show that small cars protected infant seats better than bigger cars do. Following the investigation conducted by the Chicago Tribune, NHTSA answered the accusations through Transportation Secretary Ray LaHood who claimed he had directed NHTSA to make the crash-test results “more available” to parents.
However, car-seat companies accused that the infant seats were improperly installed during NHTSA’s crash tests. Graco, a car-seat manufacturer claims it received only one complaint from the 600,000 customers. It seems that the car seat separated from its base during an accident but the baby only suffered minor injuries.

But federal safety officials insisted that all car seats for the tests were installed by highly trained technicians. To prove the seats were installed properly, NHTSA officials juxtaposed crash photos and owner’s manual diagrams.

The truth seems to be somewhere at the middle, but in case tests show that babies are not safe in car seats during crashes, infant-seat manufacturers will be in big trouble.