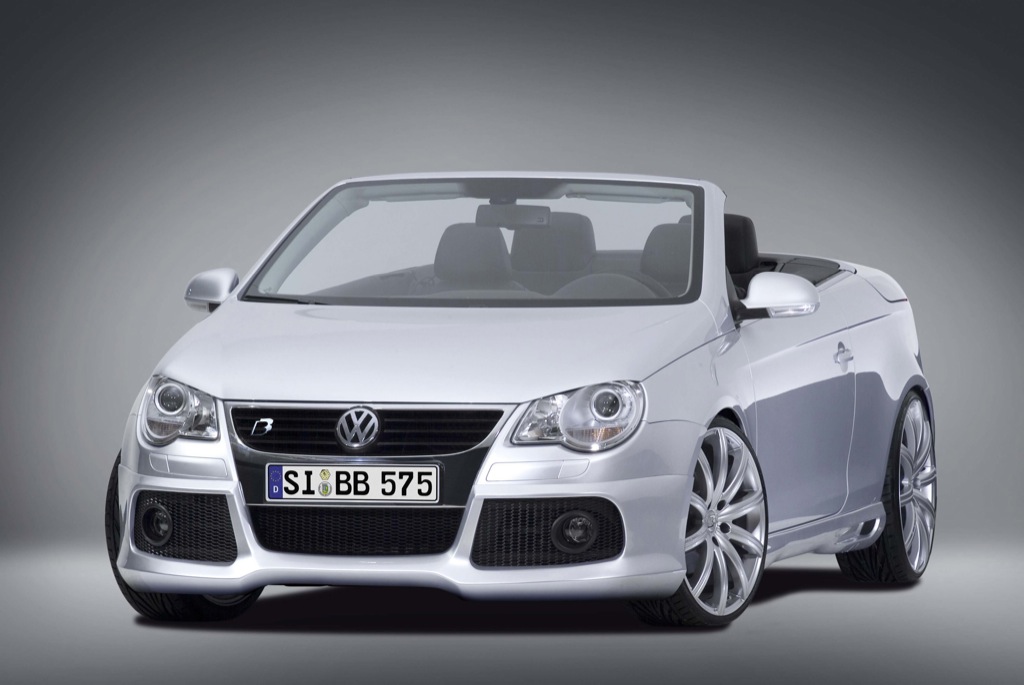 After launching two customized Volkswagen models, Tiguan and Scirocco, B&B continues its high-performance aftermarket packages aimed at the vehicles produced by the German brand with an Eos tuning kit. The upgrade includes both engineering and styling improvements, with a maximum power of up to 500 hp for the highest power level.

Basically, there are four different power levels available for the Eos, producing more or less horsepower: 360, 400, 450 and 500.

"The highest increment is achieved by the installation of a new developed intercooled turbocharger, a changed cylinder head with a trimmed compression, special suction and airflow pipes, high powered injection elements and a more precise fuel pump. In order to take the engine stable and suitable for daily use, the ledges, gaskets and several expendable parts are transposed by enhanced parts. By using a special slim line oilcooler the oil temperature will be set on a more stable level," B&B explained the way it managed to implement such a high power on VW Eos.

The exterior appearance is pretty much improved with a set of exclusive tires in 18- and 19-inch, as well as with an aerodynamic package consisting of several components. A high-performance braking system is also included in the upgrade.

Pricing details are yet to be released but it's likely to cost several grands taking into account the high power it provides.