5 Gran Turismo 7 Developer Reveals Long List of Known Issues, Promises to Fix Them All
Car video reviews:
Up Next

Gran Turismo fans rejoice as the next content update for the latest entry in the series is almost here. New cars, new circuit layouts, and more will be rolling out to Gran Turismo 7 on August 25, developer Polyphony Digital confirmed today.

As the title says, the most important addition to the game is probably Ayrton Senna’s F1 car, the McLaren MP4/4 ’88. But that’s not the only vehicle coming to Gran Turismo 7 tomorrow. Polyphony Digital revealed two additional muscle cars will be available in the game starting August 25, the Pontiac GTO “The Judge” ’69 and the Porsche Cayman GT4 ’16.

As we previously reported, a fourth car designed in collaboration with Dior will be making it to the game this month, the De Tomaso Mangusta, alongside some Dior-themed clothing and customization items for your driver and car.

Furthermore, developers announced three new layouts for the Circuit de Barcelona-Catalunya are coming to the game. The first layout won’t include its famous chicane. That said, the new circuit will have a total length of 4,730m (2.93 miles), 14 corners, and 30m (98 feet) elevation change.

A second layout of the circuit modifies the front straight from the GP layout so that it runs into a hairpin corner, resulting in a much shorter track that completely cuts through Sector 1 and half of Sector 2. The entire Sector 3 has been kept the same, resulting in a circuit with a total length of 2,977m (1.85 miles).

The third and last new layout for the Barcelona-Catalunya circuit has been modified for rallycross races. It uses the GP layout’s Sector 3 and infield areas, making it a rather unique hybrid track composed of paved and unpaved surfaces. It’s also the shortest of the three featuring a total length of 1,133m (0.7 miles). 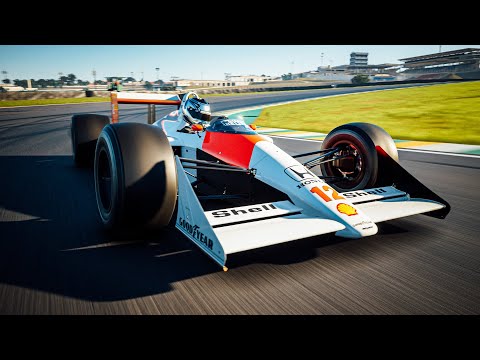