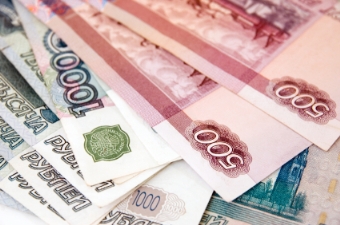 As part of its efforts to survive the crisis and start its much-debated shake-up, AvtoVAZ managed to secure a $228.6 million bridge loan from Russian state-controlled bank Sberbank. The money will be used to finance the restructuring process, member and labor union chairman Nikolai Karagin said in a statement cited by Prime-Tass.

Furthermore, AvtoVAZ is pondering a potential re-hiring of 6,000 former workers by 2012, in case the restructuring process will go as planned. Production will be increased as well, as the Russian manufacturer will start building some new models with the help of Renault and Nissan.

AvtoVAZ will cut workforce from 90,141 to 71,265 people at the beginning of 2010, according to a report by just-auto.com citing Dmitry Mikhalenko, the company's vice president for personnel and social policy.

Back in November, Russia's officials, AvtoVAZ and Renault signed a memorandum of understanding that will help the carmaker face the crisis. As a result, Russia wants to increase its financial support from 25 to 75 billion roubles (1.67 billion euro), with the Samara regional government to be in charge of the payroll costs for 14,600 employees.

Renault has already confirmed that it will help AvtoVAZ in its shake-up but only with technologies and know-how for developing new projects. Together with Nissan, Renault and AvtoVAZ will launch five new models by 2014, with the Russian carmaker to provide 25 percent of the funding.