2 Mirocopter SCH-2A Is Cheapest Production Helicopter on Earth, Available for $35,000

4 Tiny Kamov KA-32 Helicopter Can Fit in the Back of Your Truck, Sounds Like the Real Deal

Bell just wrapped up a month-long demonstration tour across the U.S. for its latest rotorcraft, the Bell 525 Relentless, and it looks like it was a success. Most of the ones who participated in the demonstration agreed that it was one of the smoothest and most comfortable rides they’ve experienced.
7 photos

A mockup of the 525 Relentless is currently on display at the prestigious ONS Conference and Exhibit in Norway until September 2. It’s the only helicopter showcased at this large energy event, which confirms its reputation as one of the most efficient aircraft for offshore operations in the oil and gas industry. But the 525 Relentless is capable of much more.

What sets this next-generation helicopter apart is the advanced FBW (fly-by-wire) technology that is supposed to be much more efficient than conventional manual flight controls, which results in a more comfortable flight experience, also making the helicopter easier to maneuver. When it obtains its certification, which is currently underway, the 525 Relentless will become the first certified commercial FBW helicopter on the global market.

During this tour, the Bell rotorcraft proved its capabilities for customers in various fields, not just the oil and gas industry. It’s versatile enough for military and search-and-rescue operations and also big enough to comfortably carry up to 16 passengers. In the end, everyone seemed to agree that the FBW drastically improves the flying experience.

“It was so stable, smooth and quiet. As a passenger, it felt more like riding in an airliner,” said Mike Hirschberg, executive director, Vertical Flight Society.

The U.S. tour included more than 50 demonstrations, with over 500 potential customers getting a closer look at the Bell 525 Relentless. 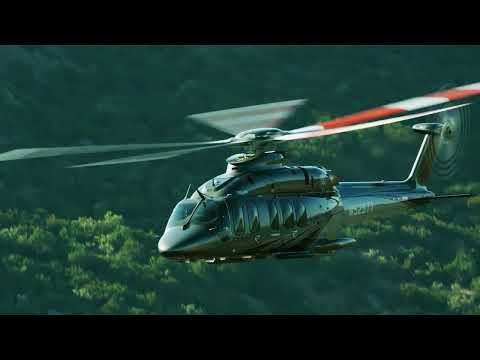