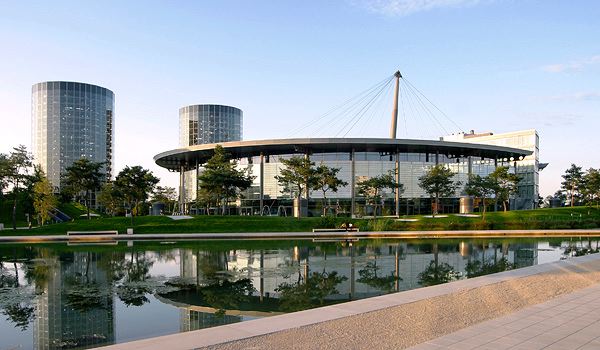 Some ten years ago, Volkswagen made the decision to build an automobile themed park that would strengthen the ties between German carmaker Volkswagen and its customers and also to attract potential buyers to the brand. Dubbed Autostadt, the car city in Wolfsburg quickly became a vital part among the German travel destinations and one of the biggest employers in the region.

“The Autostadt’s continuing popularity throughout the last ten years proves quite categorically that its underlying founding vision, to launch a new form of communication between Volkswagen and its customers with the aim of intensifying the relationship both quantitatively as well as qualitatively, has 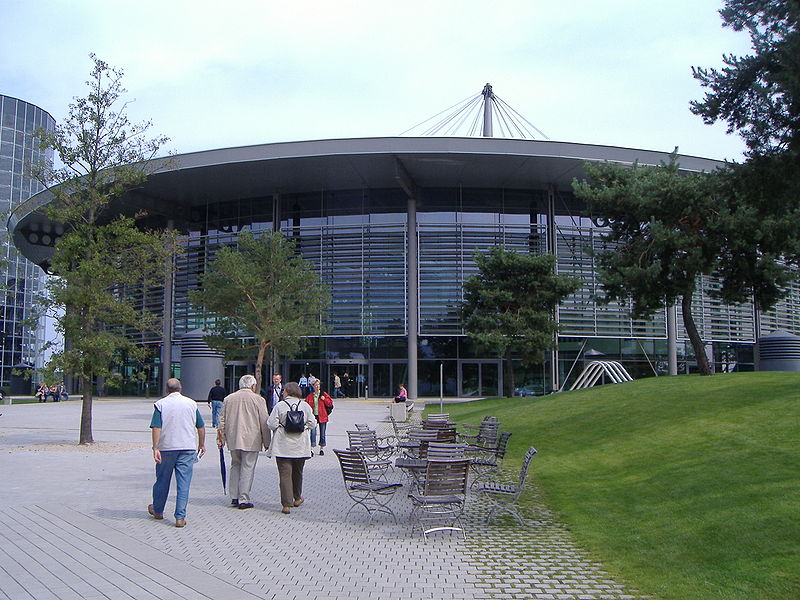 proved successful. The Autostadt has continued to develop from its beginnings as an innovative experiential world concentrating on mobility as its theme and has, in the course of its existence, established itself as one of Germany’s leading tourism destinations,” says Otto Ferdinand Wachs, Autostadt CEO.

Inviting its visitors to join the world of mobility, the Autostadt is also the largest car distribution centre in the world, with about 550 vehicles being handed over here each day in the Customer Centre. Customer satisfaction is also translated by the Autostadt restaurants and the multiple award winning five-star hotel “The Ritz-Carlton, Wolfsburg” with its three Michelin-Star restaurant AQUA.

However, this is only a small part of what happens in the Autostadt. What would an unique experience be without a dedicated museum, a 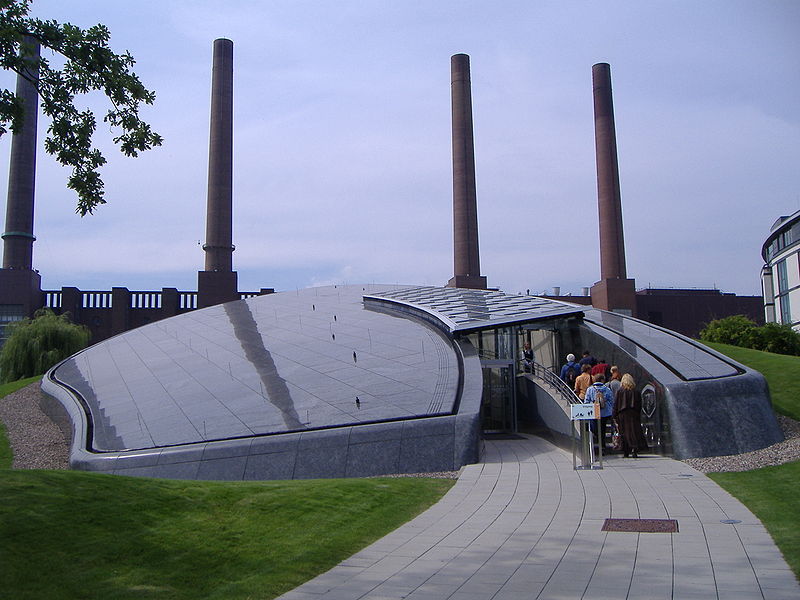 guide to the evolution of roads and a cinema in a large sphere. Moreover, visitors can also enjoy a tour through Volkswagen’s factory or through the pavilions of the main automobile brands in the VW Group, where visitors can enter the cars on display.

Speaking of pavilions, there are seven such locations dedicated to car manufacturers at Autostadt. The Volkswagen brand only has two pavilions which show production and the development of cars. The former is the smallest and one of the last of the pavilions to be constructed, while the latter is the largest in ground area of all pavilions at VW’s car city in Wolfsburg. The VW development pavilion has 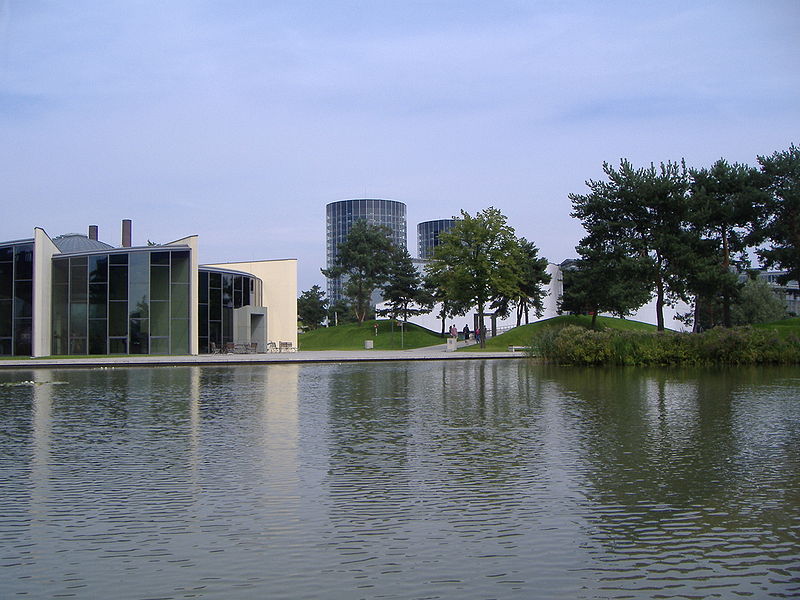 a circular shape and spreads over two floors that display all models in the Volkswagen range, as well as VW branded clothing and accessories.

The Bentley pavilion, located on a small hill, has a marble roof and is being shared with the Bugatti brand. Dubbed Premium Clubhouse, the pavilion includes displays of how Bentley cars are produced and two rooms which showcase leather and finishes in the cars. There are three cars showcased here, including the Bentley Speed 8, winner of the 24 Hours of Le Mans race in 2003.

The Škoda pavilion features various metal sculptures, as well as examples of cars produced under the Škoda brand and small models of all types ever produced in the brand’s history. Technical details of each example can be found next to the 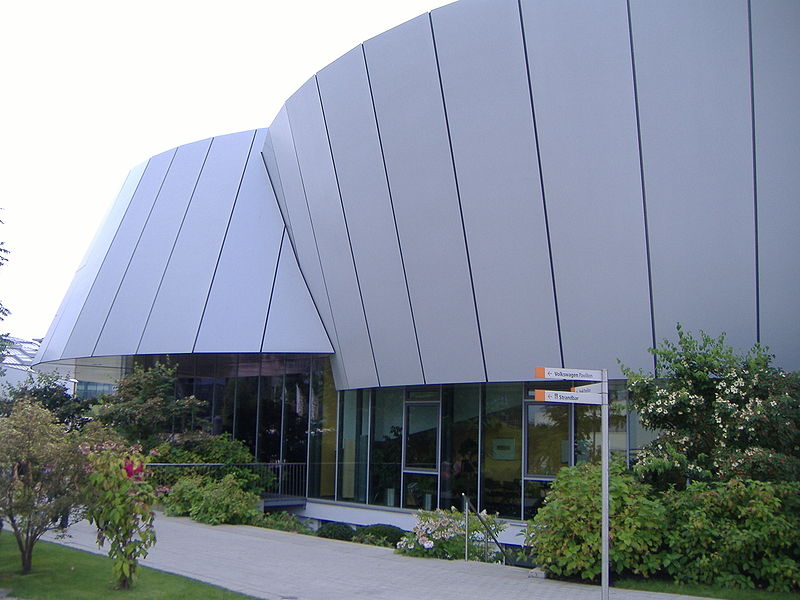 The completely black building with a circular platform which rotates on one side is a sign you stand near Lamborghini’s pavilion. During the show, the platform shows a yellow Lamborghini Murcielago on the wall that disappears as lights dim and and dry ice floods the room.

Highlights of the Audi pavilion include the a version of the Audi TT cut out of a block of wood and of brushed metal. The car is displayed with dummies with projected faces which talk German located next to them. A circular projection screen displays 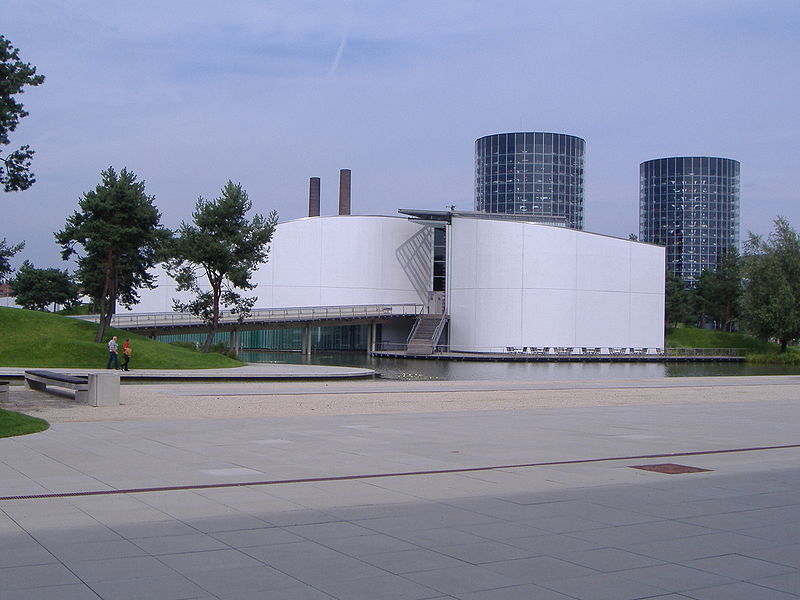 various films with the four-ring brand, while below the screen, visitors can sit in an Audi R8.

Finally, the SEAT pavilion is surrounded by water and plants and is one of the largest at Autostadt. The entrance roof is made of glass and the wall to the right is made of red wing mirrors. A number of SEAT vehicles sit on a platform that rotates. The exit features an interactive wooden based bridge on metal tubes.

According to Volkswagen, during the ten years of existence, about 40% of the visitors are first-timers and the average length of a visit has risen from four to six hours. Over half the guests come from out of state: about 43% of visitors come from within a radius of 100 kilometres of Wolfsburg, 33% travel up to four hours to get there and 24% undertake a trip of over four hours to experience the Autostadt. Moreover, the percentage of people who come with either their children or grandchildren had risen from 40% to 62%.

“Today the Autostadt is acknowledged as the “prototype” of automobile experiential worlds. As such it has set the benchmark for the continued rediscovery of the theme of automobility, of developing it and making it accessible and up-to-date. The healthy visitor response therefore both challenges and motivates us to engage with, and develop, new ideas creatively in the future,” adds Wachs.