4 Obama Buys 25 Percent of US Hybrids 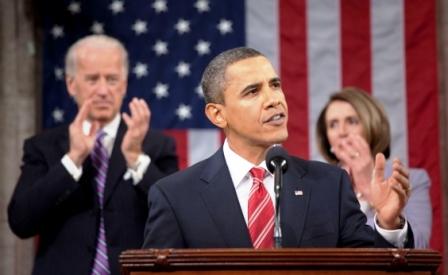 The fuel economy debates are close to an end since the industry leaders and government regulators are reportedly coming up to a compromise that President Obama is expected to announce on Friday at the White House. According to The Detroit Bureau the changes made will give the industry a bit of breathing space regarding the light truck issue.

It is expected that the compromise will force the industry to meet a target of 54.5 mpg for light trucks and 56.2 mpg for passengers cars in 2016. Jim Carney spokesman of Administration, confirmed that the modifications at Corporate AverageFuel Economy, or CAFE, is expected to save jobs and improve market demand while also reducing oil consumption.

Word of a compromise comes just days after an automotive lobbying group had planned to unleash an aggressive campaign aimed to criticize the original White House fuel economy proposals, but unexpectedly the action halted suddenly.

Earlier this year the regulators were aiming for a 62 mpg target, but that was revised, last month, to 56.2 mpg. the industry had hoped for something closer to 50 mpg. The industry’s reaction has been muted, as manufacturers apparently wait for the White House meeting on Friday.

“Honda is proud to have actively worked with the Administration as they developed their proposed national fuel economy and greenhouse gas emissions standards. Honda embraces this challenge, which will be good for our customers and for the environment, and we welcome the competition we will have with other automakers that will result from these new standards,” stated John Mendel U.S executive at American Honda.