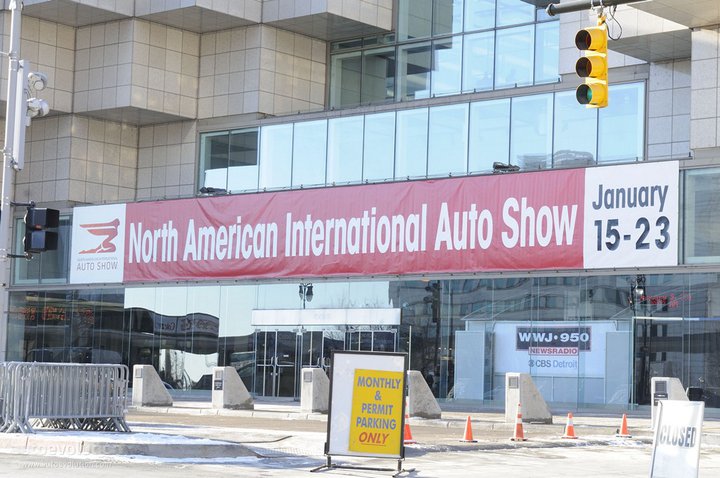 The 2011 North American International Show (NAIAS) held in Detroit at the Cobo Center has officially closed its doors and carmakers, together with organizers, are still looking on the statistics to see how many people visited their stands during the public days. If we here at autoevolution think that this year's edition of the show wasn't quite what we expected, you, visitors who only attended the event during the public days think otherwise.

In the poll we conducted since the debut of the show, 43 percent of the voters chose the first option, claiming that the 2011 NAIAS was fun to watch, but there is certainly room for improvement. Of course, there were some who were disappointed with the models displayed at the show. 20 percent of 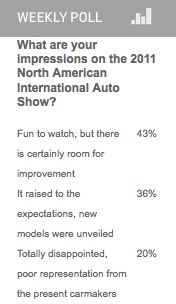 the respondents, to be more precise, said they were totally disappointed because present carmakers had poor representations.

Still, 36 percent of you believe that the 2011 edition of the North American show was certainly an evolution, especially when compared to the previous shows. It raised to the expectations and new models were unveiled was the last option voted by 36 percent of the visitors.

Of course, all of us expect to see more from the 2012 NAIAS when even more carmakers are expected to attend, so more goodies for each of us. There's a lot to wait until January 2012 but we'll keep you posted on the subject as frequent as possible.

In the meantime, we'll step for a moment in the F1 world and we're asking you how do you think the Lotus name dispute should settle in Formula 1? Express your opinion by choosing one of the three options in the poll on the left side of the site.