4 Hamilton Does Burnout, Gets Ticket from the Australian Police
Coverstory 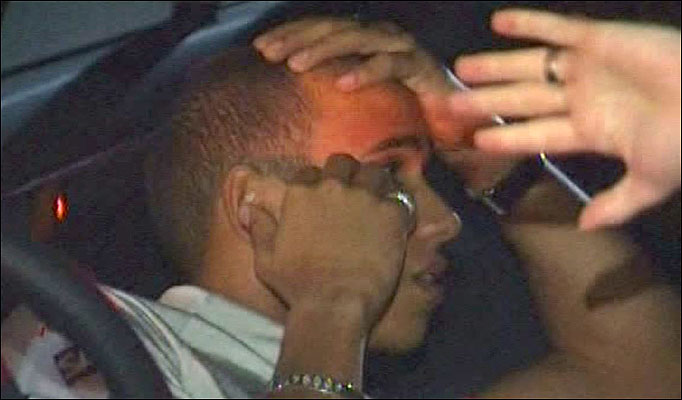 Lewis Hamilton’s driving offence incident in Australia earlier this year, in the wake of the race at Albert Park in Melbourne, continues to affect his off-the-track life. According to several media reports in recent days, Hamilton has been officially charged with intentionally losing control of his vehicle.

The court will reportedly hear Hamilton – or his lawyer, as it’s hard to believe the British racer will actually be there on the day of the hearing – on August 24, only a few days before the official start of the Belgian Grand Prix at Spa-Francorchamps. In case the Aussie magistrates will ask for Ham to be present, the 2008 F1 champion will spend most of the week airborne rather than preparing for the race in Belgium.

This year, during the Australian Grand Prix weekend, Hamilton was stopped by the Victorian police on Lakeside Drive in Melbourne for doing a burnout and a fishtail in his personal Mercedes. He was fined and his car was then seized for 48 hours, but he was able to return to the paddock and resume the Australian GP.

“This evening, I was driving in an over-exuberant manner and, as a result, was stopped by the police. What I did was silly and I want to apologize for it,” said Hamilton via a statement at the time.

However, his apology didn’t quite do it for the local “nannies” – as Mark Webber referred to the Victorian state a few hours after the incident – as the Victoria Roads Minister Tim Pallas called the McLaren racer a “d***head” and asked for his F1 superlicense to be revoked. Apparently, they don’t want to let this matter go and are pushing for a harsh decision in Hamilton’s case.