2 Pontiac Driver Arrested with $18,000 of Marijuana

3 Missouri Teen Tries to Evade in Police Car
Up Next

Australian Pensioner Banned from Driving for a Millennium 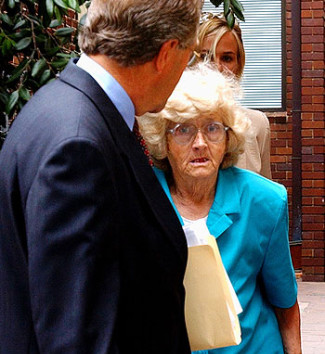 If you think life becomes less interesting when you're a pensioner, then you haven't probably heard of an Australian grandma's latest deeds.

As unbelievable as it may seem, according to The Daily Telegraph, an 84-year-old pensioner has been banned from driving for the following 1000 years. The decision is not a rushed one and there is plenty of evidence showing the old lady should rather take up knitting than doing stunts behind the wheel.

We don't know whether she was bored with her pensioner existence or it was just her natural temper, but the old lady has had no less than 78 court clashes with her neighbors ever since she turned 80.

And now in her mid 80s, Luba Relic was charged with negligent driving, driving without license and failing to give particulars.

Since she's a real public menace, the court has decided to ban her from driving until the year 2999, but a magistrate added a year for her latest deeds.

Although she pleaded not guilty, she didn't succeed in melting the magistrate's heart. Therefore,  she was ordered to pay the costs of the damage and got a $1,000 ticket as well.

Luba Relic's was suspended by the RTA for “medical reasons” but even so, she continued to drive trying to avoid the hand of law. However, in September last year, she had the misfortune to crash into a Honda Civic outside a St Vincent De Paul shop in Oxford Rd, Brookvale.

She might have received a bitter punishment but judging after her court history, we have the impression we will hear about her name again.