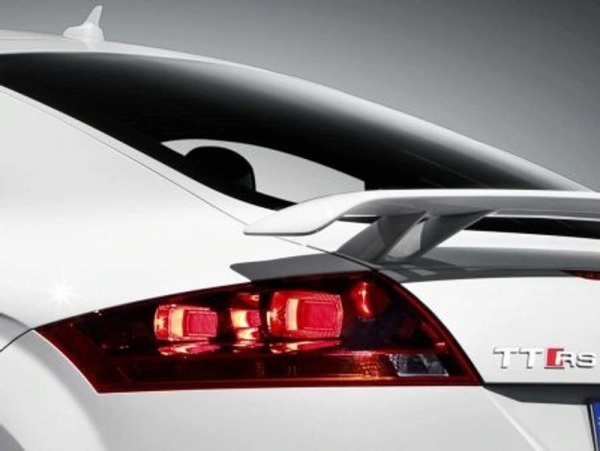 "Tease" seems to be the defining word of the past few days, as the 2009 Geneva Motor Show draws ever closer. After countless other manufacturers made us take a peak at their Geneva stars, it is Audi's turn to do the same with its new TT-RS model.

Only three photos of the new TT-RS were released, but they are enough to get your hopes up and make you wanna go to Geneva.

And since looks matter, albeit they are not everything in a car, we will take a bit on a tour on what lies under the hood. The Ingolstadt factory engineers fitted the new TT with the successor of the compact VR6 3.2l and 3.6l powerplants. What they came up with is a five cylinder 2.5l block that is longer and has relatively small cylinder diameter, automotorsport.se reports.

The engine block is built of cast iron, so it can easily withstand the 350 horsepower that come from the engine. The output of the car could be underestimated, as rumors say the engine was tested to up to 600 horsepower and no weak-points were found.

With these specs, the new TT will be able to reach 100 km/hour in under five seconds, an accomplishment that will put the car indirect competition to the Porsche Boxster/ Cayman S and BMW Z4 sDrive35i. There's only one transmission system available, namely a 6-speed unit that will also reduce overall fuel consumption.