4 Opel Adam Rocks Rolls Its Way to a Geneva Debut

5 Carlsson Brings Goldmember's S-Class at Geneva
Up Next

Mihnea Radu
With Mercedes' A 45 AMG packing in a massive 360 horsepower from a little 2-liter turbo engine, their rivals at Audi decided to show they still know a thing or two about putting motorsport technology into road cars.
28 photos

The TT quattro sport concept was thus born today in Geneva, from a spirit of competition and the fiery desire to be the strongest. The core of the concept, which is based on the third generation TT coupe, is an engine.

Not just any engine though, as the upgraded 4-cylinder 2.0-liter TFSI engine delivers an impressive 420 HP (309 kW) at 6,700 rpm and 450 Nm (331 lb-ft) of torque available between 2,400 and 6,300 rpm. Ironically, that's about twice as much as a Golf GTI with a the same displacement of engine. Tipping the scales at just 1,344kg (2,963 lbs) with a 54/46 weight distribution between the front and rear axles, the TT quattro sport has no trouble using its power like a supercar. 0 to 100 km/h is handled in a blistering 3.7 seconds. If this thing ever goes into production, the rest of the industry is in big trouble. 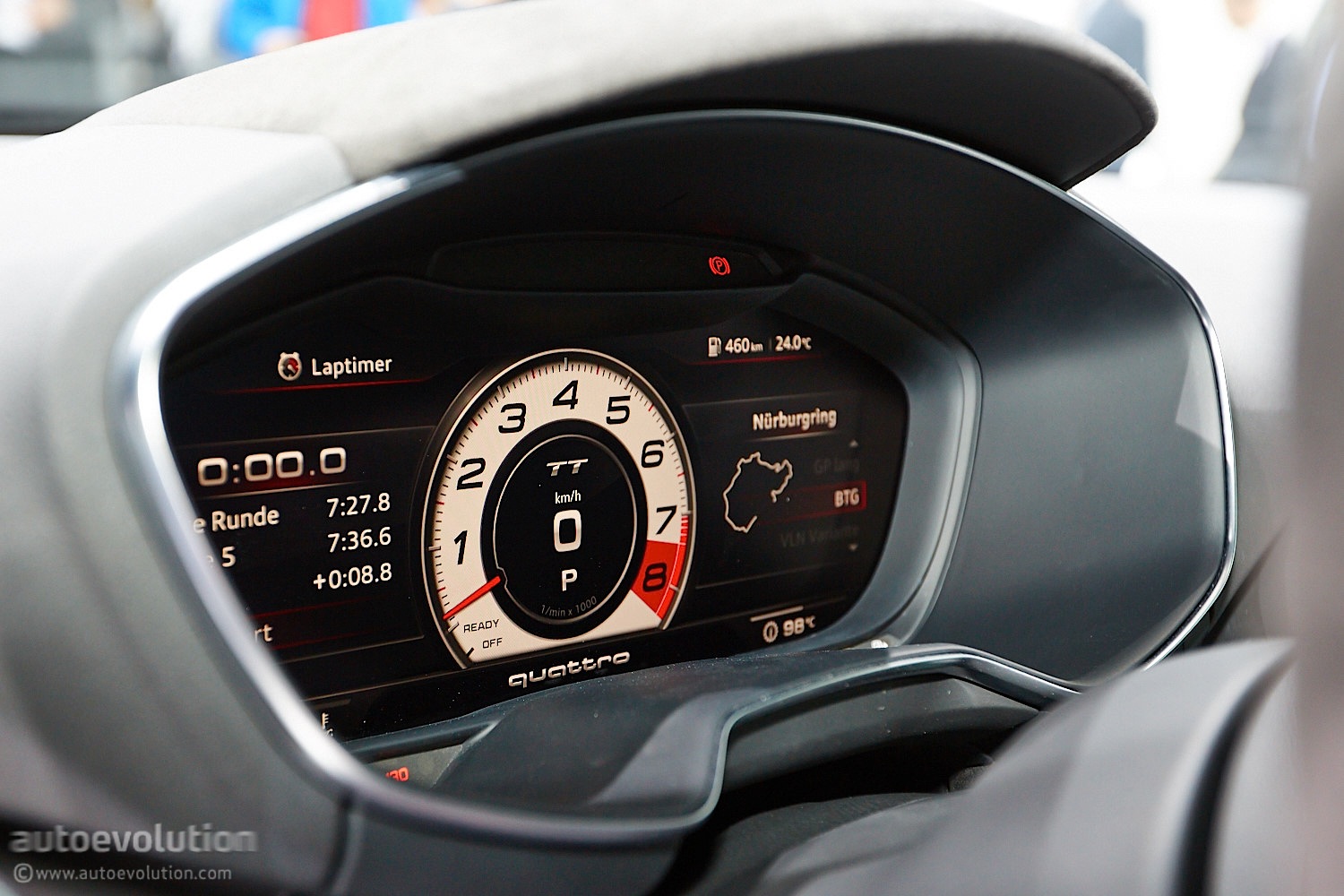 If this were a production car, the 210 hp specific output would make this the most powerful engine of its kind. Unfortunately, it's not a production car, and will likely never be. The next-gen TT RS is pegged to receive an updated 2.5-liter TFSI with about 400 hp while a more powerful 2.0 TFSI is expected to be used by the TTS Plus, making nearer to 360 hp.

And yet the TT quattro sport has so much more to offer than power. The design is crisp and aggressive. With a large wing fitted fixed to the boot and large air intakes protruding from the front bumper, it's almost as if we're looking into the eyes of an RS model.

A peak inside the concept reveals a roll cage and racing buckets. But that's not all. Looking at the dash, we noticed the words "Nurburgring", "BTG" (Bridge to Gantry) and a few lap times, the fastest being 7:27.8.